Culture
News ID: 3337351
TEHRAN (IQNA) - The oldest nearly complete Qurans in the world are just sitting there in the middle of Sana'a, and Birmingham is not the really big story here. 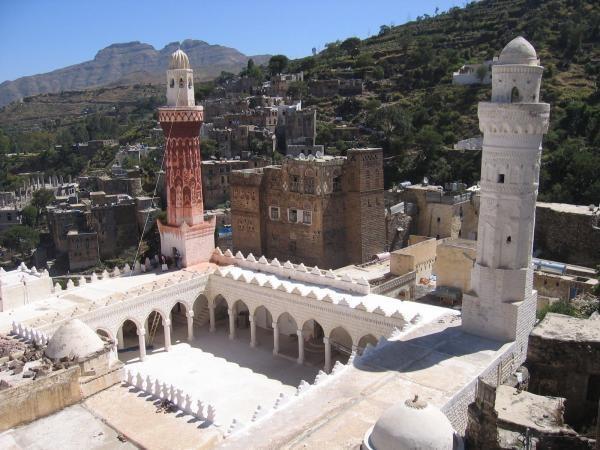 The discovery of a couple pages [apparently actually 18] of a very old Quran, probably from the 640s CE [“AD”], in a library in Britain, has provoked a good deal of press reporting. Muslim tradition holds that the scripture was revealed to the Prophet Muhammad [PBUH] between roughly 610 CE and his death in 632, during the era when Heraclius was the emperor of Byzantium and the Tang Dynasty ruled China. While this find at the Cadbury Research Library at the University of Birmingham is important, the press seems unaware that a copy of the Quran that dates from the 640s and has about half of the entire book was discovered by a German team in Sana'a, Yemen two decades ago.

The oldest nearly complete Qurans in the world are just sitting there in the middle of Sana'a, and Birmingham is not the really big story here.


And Sana'a is being daily bombed from the air by Saudi Arabia, which has hit civilian buildings and a refugee camp and part of historic downtown Sana'a. I am petrified that it has hit the Manuscript Library where this precious book was held. (I am also petrified every time I hear about a strike that it has killed people– don’t get me wrong. But hey, I’m a historian of Islam so I worry about cultural destruction too).


Islam grew up in Western Arabia at a time when the capital of the old Roman empire had been moved east to Constantinople (today’s Istanbul) and when that eastern Roman or Byzantine Empire ruled much of the Middle East (what is now Turkey, Egypt, Palestine, Israel, Syria). The rest, Iraq and Iran, was ruled by the Zoroastrian, Persian Sasanid Empire. Islam grew up about six centuries after the beginning of Christianity, but only about 300 years after it had been officially recognized as one of the legitimate religions of the Roman Empire by Emperor Constantine.


The Great Mosque of Sana'a, Yemen, was founded by a companion of the Prophet Muhammad [PBUH]. In 1965 as a result of rain damage, an ancient storage room was discovered in its west wing that had had no door. It was full of old leaves of the Quran. Muslims were reluctant to throw copies of the Quran away when they aged, and the room was used as a geniza or storage for codex books that were falling apart.


Yemen brought in a German team to reassemble whole copies of the Quran from the jumbled leaves. I visited the facility, part of the Sana'a Manuscript Library called the Dar al-Quran, in 1988. I was shown several hundred drawers, each representing a different copy of the Muslim scripture, with different dimensions and script and media (lambskin, papyrus, etc.) Each page was being matched to the specifications of one of the drawers. I was told by the German staff that they were sure that some of these copies of the Quran went back to at least the late 600s, i.e. the first half of the Umayyad period (661-750), though there was at that time no absolute proof. It was just that the block Kufi script and the papyrus medium suggested ancientness.


This was an exciting idea to me, since at that time a lot of skepticism had been raised by John Wansbrough, Michael Cook, and Patricia Crone about whether the Quran as a book was really assembled 610-632, or whether it evolved over a couple of centuries. There was nothing wrong in principle with their theory– it was just an application of Descartes’ method, of radical doubt. And at that time the history of the Quranic manuscript text as a discipline barely existed (it is still very undeveloped compared to e.g. biblical studies). These authors turn out to have been wrong, but this is how science progresses, by people making bold hypotheses and then seeing if they can be knocked down.