General
News ID: 3338316
TEHRAN (IQNA) – Director of the Tarjoman-e Vahy Institute said it will publish 4 new renderings of the Holy Quran in 4 languages by the end of the current Iranian calendar year (ends March 2016). 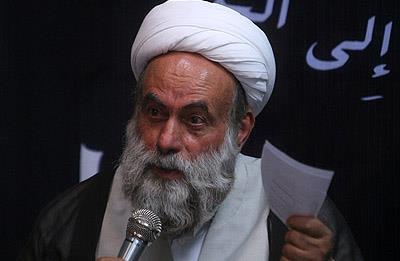 
Balti is a Tibetic language spoken in parts of Pakistan and India.


He said the renderings are aimed at helping the speakers of these languages get more acquainted with the Book of God.


He added that efforts have been made to avoid prejudices and sectarian issues in the translations.


According to Hojat-ol-Islam Naghdi, the four translations are in editing and proofreading stages and will be ready for publication in a few months.


So far, the institute has released renderings of the Quran oin English, French, Turkish, Azeri, Chinese, Japanese, Spanish and Urdu, he further said.


The Tarjoman-e Vahy Institute, or Center for Translation of the Holy Quran, was established in 1994 in the Islamic Republic of Iran with the aim of presenting reliable Quran translations.


Its scholars and translators have presented renderings of the Quran in various languages.


The library of the institute has collected translations of the Noble Quran in different languages.


Currently, it holds copies of the Quran translated by 1262 translators in 145 languages.


The institute has also catalogued all the renderings and researchers who visit the library can find information on the translator, his or her background, his or her mastery over the source and target languages, his or her religious affiliation, and the quality of the translations.