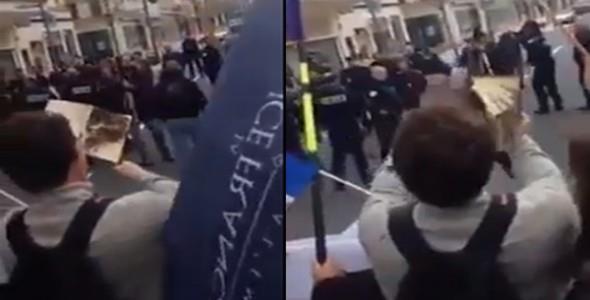 The clip, recorded during a demonstration in Paris against the recent deadly terrorist attacks in the city, has angered Muslim social media users.


It shows a small group of young people carrying the flag of France and black banners, al-Misriyun website reported.


One of the youths participating in the rally sets a copy of Quean on fire and some others chant anti-Islamic slogans.


The release of video on social media networks, including Facebook and Twitter, drew reaction of Muslims from around the world.


They are angry at attempts to relate terrorist activities to Islam, a religion of peace and wisdom.


Late on Friday, a string of coordinated attacks in and around the French capital left at least 132 people dead and some 200 others injured.


The November 13th Paris attacks are said to be the worst on European soil since the Madrid train bombings of 2004, in which 191 died.