General
News ID: 3461875
TEHRAN (IQNA) – All public servants in Austria, including school teachers, must be banned from wearing Hijab (Islamic headscarves) at work, according to legislation being drafted by Sebastian Kurz, the Minister for Foreign Affairs and Integration. 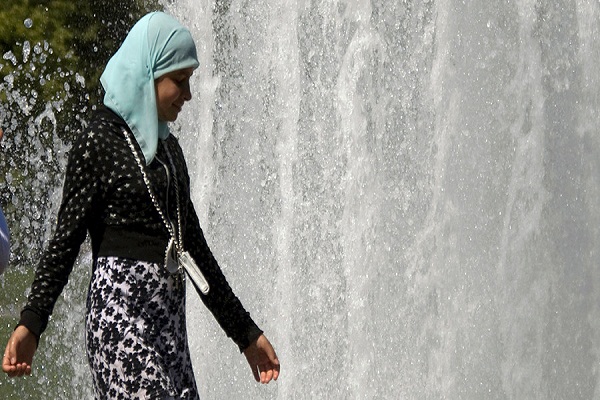 Kurz is working on the new regulations together with his Muslim colleague, Muna Duzdar, Austria’s Secretary of State for Diversity, Public Service and Digitization.

"Because there (at schools), it's about the effect of role models and the influence on young people,” the FM’s spokesman said, as cited by Reuters.

Kurz, who is a member of the Christian Conservative People's Party (OVP) added that Austria "is religion-friendly, but also a secular state,” but who at the same time, sees nothing wrong with Christian crosses that are placed in most class rooms in the mainly Catholic nation.

Duzdar told Reuters that the authors of the draft law were working "on a dialogue with all religious communities.”

"I'm open to discussions about this but in reality one cannot pick individual religions. If you discuss religious dress and symbols, you have to speak about all religions,” she said.

The Secretary of State confirmed that one can’t be discriminated in the workplace because of their religious beliefs in accordance with 2004 equality law.

There’s currently no deadline when the proposals are going to be sent to parliament. But if the lawmakers support the legislation, it’ll be tougher than the one in France where only full body veils are outlawed.

Muslim groups in Austria were quick to criticize Kurz’s initiative, accusing the minister of double standards. The prominent Islamic Religious Authority of Austria (IGGIO) has called the proposed new legislation "anti-integrative” and "discriminatory,” warning that it may affect its cooperation with the Integration Ministry.