General
News ID: 3463406
TEHRAN (IQNA) – The 22nd edition of the Quran and Etrat competition of Iran’s Health Ministry concluded on Tuesday and winners of the different categories were announced. 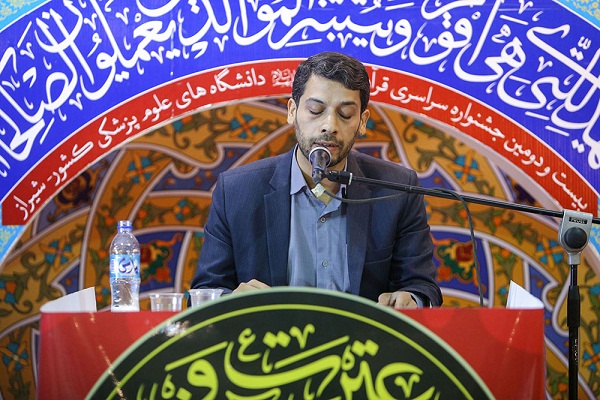 The competition was underway in the southern city of Shiraz.

According to the panel of judges, Seyed Mostafa Hosseini from Qazvin came first in the recitation category of the students’ section, while Yusuf Qanbari from Zanjan and Seyed Hamid Reza Hedayati from Shiraz came first in the staff and professors’ sections respectively.

In memorization, the winners were Mohsen Mohammadi from Isfahan (students), Khaled Ruhin Ahli from Shiraz (staff) and Mehdi Rajabi from Kashan (professors).

Leader Pardons, Commutes Sentences of over 2,000 Prisoners on Eid Al-Fitr