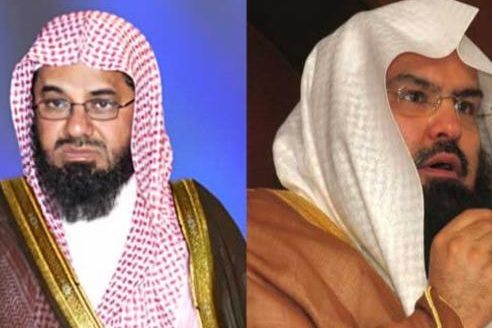 According to Yamaniyun website, Sheikh Saud Shrim and Sheikh Abdul Rahman Sedis will no longer be able to attend Friday prayers in Masjid al-Haram (the Grand Mosque in Makkah).

It is believed that the ban is in line with the Riyadh regime’s new policies in the region based on normalizing ties with the Tel Aviv regime.

A report published in June revealed that Saudi Arabia and the Israeli regime were in clandestine talks to establish official economic relations for the first time since the entity was created on the Palestinian territories some 69 years ago.

The Times, citing unnamed Arab and American sources, said in a report on June 17 that forming economic connections between the two, which would be gradual and step by step, could begin by allowing Israeli companies to open shops in the Arab kingdom, or granting El Al Israel Airlines Ltd. permission to fly over Saudi airspace.

In November, Israeli Energy Minister Yuval Steinitz for the first time revealed that Tel Aviv has had covert contacts with Saudi Arabia.

"We have ties that are indeed partly covert with many Muslim and Arab countries, and usually [we are] the party that is not ashamed,” Steinitz said in an interview on Army Radio

He added that Saudi Arabia was the side that was interested in hiding its ties with Israel and Tel Aviv had no problem with this.