Israel to Inaugurate a New Synagogue under Al-Aqsa Mosque

General
News ID: 3464723
TEHRAN (IQNA) – The Zionist regime of Israel reportedly plans to inaugurate a synagogue near the Wailing Wall in the frame of ceaseless digging works underneath Al-Aqsa Mosque. 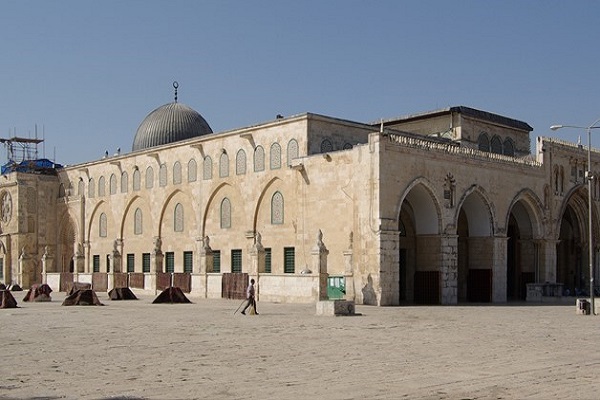 "The Synagogue is marked by a special design inclusive of iron bars where the 'Biblical travels' sentence is written on each, along with roundtable and tens of wooden disks," Palestine’s Safa news agency on Tuesday.

This escalation comes in the aftermath of US president Donald Trump's announcement that the United States officially recognizes the occupied Quds (Jerusalem) as the Zionist regime’s capital and will move its embassy there from its current location, Tel Aviv.