General
News ID: 3466447
TEHRAN (IQNA) – The first edition of a Quran memorization contest for high school teachers in Nairobi, the capital city of Kenya, was organized in the African country last week. 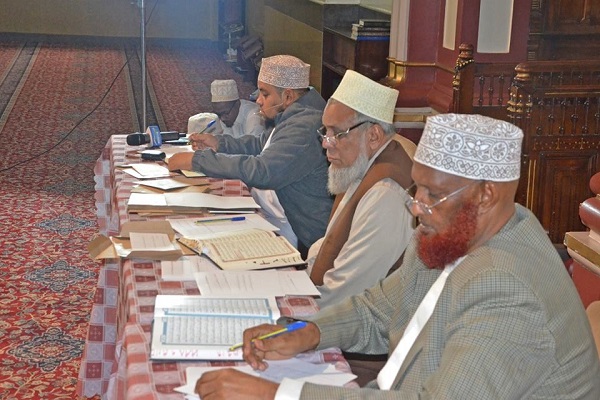 According to the Iranian Cultural Center in Kenya, teachers from 20 high schools of the city participated in the competition.

Abdulrahman Abdulaziz from Mus’ab Educational Center, one of the organizers, said that the participants competed on the memorization of the entire Quran with observation of Tajweed principles.

The first to the third rank winners were respectively awarded cash prizes amounting to 800, 700 and 600 US dollars, he added.

Islam is the religion of more than 11 percent of the Kenyan population, or approximately 4.3 million people.