British PM Criticized for Silence on Islamophobia within Government

Social
News ID: 3466503
TEHRAN (IQNA) – British Prime Minister Theresa May is facing a fresh wave of criticism for failing to speak out against accusations of Islamophobia within the Conservative party. 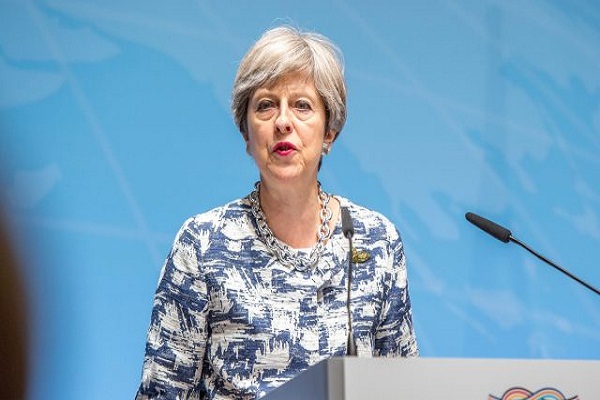 She is being urged to end her silence over Boris Johnson’s recent comments about women wearing burkas.

The former British Foreign Minister wrote in his column for the Telegraph (in which he condemned the Danish ban on wearing face veils in public) that women who wear religious veils resemble “letter boxes” and “bank robbers”.

peaking on BBC Radio 4’s Today programme, Tell MAMA, an organization which records anti-Muslim hate, said the Conservative party had done “absolutely nothing” since it vowed to act on Islamophobia within its ranks two months ago.

“There should have been some response from Downing Street distancing themselves from these comments,” Fiyaz Mughal, the founder of Tell MAMA, said.

“That was the first thing that should have been done, we are still waiting for that. It sends out a signal, sadly, to Muslim communities sadly that their worries are not taken into account.”

Asked if he considered Johnson’s statement to amount to Islamophobia, Mughal said: “Clearly it does. These are the kind of comments we have seen made by extremist far right groups and people who have been maliciously attacking Muslims.”

He went on to condemn the “sheer flippancy” of Johnson’s comments at a time when anti-Muslim hate crimes were at their highest “since [Tell MAMA] started seven years ago”.

Naz Shah, Labour’s shadow minister for equalities, echoed Mughal’s concerns, saying she was “appalled” that the party chairman, Brandon Lewis, is “refusing to tackle Islamophobia within his own party’s ranks.”

“The Prime Minister has refused to condemn Boris Johnson’s racist article, sending a clear message to the Muslim community that their concerns are being ignored,” she continued.

“This issue clearly goes right to the party’s core. They should listen to the calls of several prominent Muslim organizations, and members of their own party, and conduct an inquiry.”

Article 10 of the Convention on Human Rights (which was incorporated into UK law by the Human Rights Act 1998) protects the right to freedom of expression. This means that an individual has the right to hold opinions, voice ideas and impart information without interference from the government.

However, there are times when this right can be limited in order to protect the rights of others. Any limitations to free speech must be proportionate and necessary – and doing so should be approached with care.

The incitement towards violence or issuing threats can be justifiable reasons to limit freedom of expression. However, some language may be offensive or mocking in tone, without directly encouraging violence or criminality towards a group of people.

It could be argued that, under Section 4 of the Public Order Act 1986, Johnson’s comments constitute insulting words which have caused some people alarm or distress, particularly given his public prominence and the rise of anti-Muslim hate crimes.

The Racial and Religious Hatred Act was amended in 2006 to make it an offence to use threatening words or engage in behavior intended to stir up religious hatred. If found guilty, an offender could receive a sentence of up to seven years in prison.