Thousands in Australia Pray for Rain on Eid al-Adha

TEHRAN (IQNA) – Tens of thousands of Muslims across Australia simultaneously prayed for rain on the occasion of Eid al-Adha. 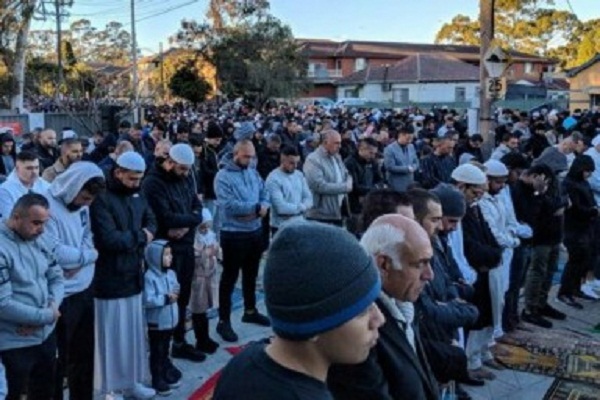 They held congregational prayers on Tuesday to pray for rain to help drought-affected Australian farmers.

Sixteen mosques dedicated their celebrations during the holy Eid al-Adha - one of Islam's holiest festivals- to praying for rain.

The biggest gathering was at Lakemba Mosque in Sydney which was attended by some 30,000 Muslims.

Many braced the cold winter morning to conduct a special 'rain prayer' for the worst affected areas.

The prayers were conducted throughout the states of New South Wales, Victoria, and Queensland.

Eid al-Adha is commemorated towards the end of the annual Hajj pilgrimage, which should be undertaken at least once by every able-bodied Muslim who can afford to do so.