General
News ID: 3466644
TEHRAN (IQNA) – Secretary-General Antonio Guterres called for accountability for the “horrendous persecution” of Rohingya Muslims in Myanmar on Tuesday, and Sweden and the Netherlands urged the Security Council to refer the crimes to the International Criminal Court. 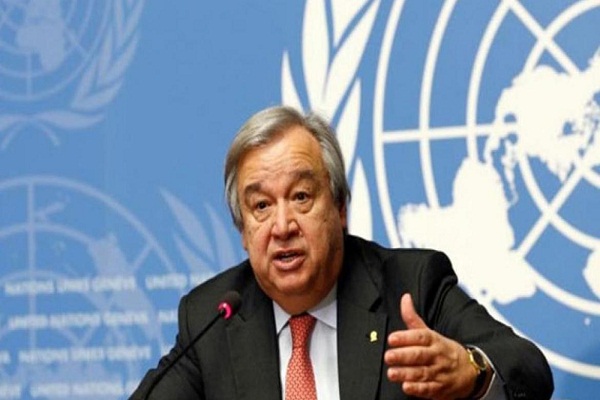 But China, which has close ties to Myanmar’s government, said the international community should stop putting pressure on Myanmar and let its government work out the repatriation of Rohingya refugees as soon as possible with Bangladesh, where nearly one million have fled.

The council meeting, commemorating the one-year anniversary of Myanmar’s latest violent crackdown that led about 700,000 Rohingya to flee, reflected the deep division over addressing the Rohingya crisis.

It followed Monday’s report by investigators from the UN Human Rights Council that called for Myanmar’s military leaders to be prosecuted for genocide against the Rohingya ethnic minority.

The Rohingya have long been treated as outsiders in Buddhist-majority Myanmar, even though their families have lived in the country for generations. Nearly all Rohingya have been denied citizenship since 1982, effectively rendering them stateless, and they are denied freedom of movement and other basic rights.

The latest crisis began with attacks by an underground Rohingya insurgent group on Myanmar security personnel last August in northern Rakhine State. Myanmar’s military responded with counterinsurgency sweeps and has been accused of widespread rights violations, including rape, murder, torture and the burning of Rohingya homes and villages.

“Effective international cooperation will be critical to ensuring that accountability mechanisms are credible, transparent, impartial, independent and comply with Myanmar’s obligations under international law,” he said.

Sweden’s deputy UN ambassador Carl Skau went further, saying “the gravity of the atrocities committed by the Myanmar security forces” reinforced his country’s call for the Rohingya situation to be referred to the ICC, the world’s permanent war crimes tribunal.

“We believe it is time to move forward and we need to consult among council members on a resolution to this end,” he said.

Myanmar’s UN Ambassador U Hau Do Suan said the government refused to cooperate with the fact-finding mission because of concerns about its “impartiality.” He added that the report’s release on the eve of the council meeting “raises serious questions about (its) objectivity, impartiality and sincerity.”

Suan said the attacks by a Rohingya “religious extremist terrorist group” triggered “predictable and logical response of Myanmar security forces to protect the life and property of every citizen, resulting in the subsequent mass displacement of people.”

The government has established an Independent Commission of Inquiry into allegations of human rights violations which is to submit a report within a year based on its investigation, he said. It is led by former Philippines deputy foreign minister Rosario Manalo, an expert on women’s rights, and includes Japan’s former U.N. ambassador Kenzo Oshima and two Myanmar members.

China’s deputy UN ambassador Wu Haitao told the council Myanmar and Bangladesh should solve “the Rakhine issue” bilaterally, and the priority now is to start repatriating the Rohingyas as soon as possible.

“There should not be any precondition,” he said. “Issues such as freedom of movement and citizenship should be solved gradually during the repatriation process.”

Wu said the international community should focus on alleviating poverty in Rakhine, “continue to be patient” and promote dialogue between Myanmar and Bangladesh.

Russia’s UN Ambassador Vassily Nebenzia called for “a balanced and non-confrontational approach,” said the “deep problems” in Rakhine should be solved through “peaceful and diplomatic means,” and expressed hope that all parties will act with restraint.

But Bangladesh’s UN Ambassador Masud Bin Momen said every week there is new evidence of the “persecution and dehumanization” of the Rohingya and urged the Security Council to respond to the emerging evidence of “atrocity crimes” against them.

While Bangladesh is preparing for repatriation of the Rohingya, he stressed that this can’t start until, at a minimum, they have guarantees for their safety and security, can return to their homes, enjoy freedom of movement, have the opportunity to work “and a clear pathway to their legitimate demand for citizenship in Myanmar.”

British Minister of State Lord Tariq Ahmad, who chaired the meeting, said afterward that many countries support that view, adding that there was a renewed commitment to assist Bangladesh and agreement on the need for a political settlement to the Rohingya problem.

“While much work needs to be done on accountability, and we must bring those who committed these crimes to justice,” Ahmad said, “a positive step forward” has been made since August 2017 with the signing of a memorandum between the UN and Myanmar’s government whose relations had been at “a very low ebb.”

Transfer of Power in Iran A Place of Hope: Leader