More Than 500 Attacks on Muslims in US This Year

General
News ID: 3468579
TEHRAN (IQNA) – Islamophobia watchdogs have identified more than 500 potentially anti-Muslim incidents in the US since the start of the year. And that’s probably a low estimate. 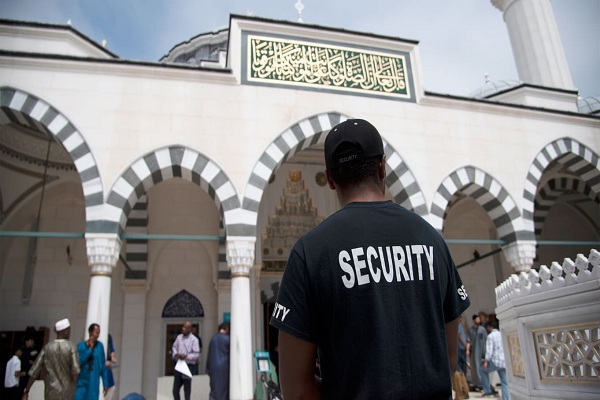 In the two months since a white supremacist murdered 51 worshippers in a New Zealand mosque, American Muslims have faced a series of high-profile threats. An arson at a California mosque was later linked to a white supremacist accused of opening fire in a murderous rampage at a synagogue. A New Haven, Connecticut, mosque suffered significant damages from an arson attack last Sunday. And on Thursday, a Queens, New York, man was indicted on hate crime charges for allegedly trashing a mosque during an anti-Muslim tirade.

It’s part of a troubling trend of hate that started surging in 2015, said Abbas Barzegar, national research and advocacy director at the Council on American-Islamic Relations (CAIR).

CAIR’s chapters across the country track anti-Muslim bias incidents. Although their numbers are still tentative, the count is troubling.

“We’ve already reported over 500 incidences of anti-Muslim bias or harassment just this year so far,” Barzegar told The Daily Beast. “That’s very preliminary reporting. I know a number of our chapters have not filed their reports yet… I believe that’s a very low estimate already of what’s happening across the country.”

At least one apparent attack had a direct link to the Christchurch shooting. An early morning arson at Escondido, California’s Dar-ul-Arqam mosque in March also included graffiti that referenced the Christchurch killer and 8chan, the forum where he announced his plans for a shooting rampage. Then in April, an 8chan user opened fire on a nearby synagogue, killing one worshipper. In his manifesto, the alleged killer took credit for the earlier mosque fire and indicated inside knowledge of the vandalism.

Two Connecticut mosques have also been targeted by unknown harassers since the Christchurch shooting, with a prominent Hartford mosque receiving an arson threat by phone in late March. The threat, which included racist language, was “very specific and filled with hate,” the mosque’s imam told the Hartford Courant. Some families stopped sending their children to weekend programs at the mosque after the threat, he said.

On Sunday, May 12, a mosque in New Haven caught fire hours before congregants were due to arrive for evening prayers. Police say the fire appears to have been deliberately set, although they have not declared suspect or motive.

“There is evidence to suggest Sunday’s fire at a New Haven house of worship—a mosque, to be more specific, during the holy days of Ramadan, no less—was both intentional and incendiary in its nature,” Harp said in a statement.

And on Thursday a Queens, New York man was indicted for an April incident in which he allegedly broke into a mosque during a hate-filled rant. Zakaria Kabir allegedly desecrated several Qurans, ransacked the building, and threw a chair into a TV set while shouting that “these people are a terrorist group” and that he wanted them out of the country.

Anti-Muslim hate had a “demonstrable uptick” in the 2015 election cycle, Barzegar said. Donald Trump’s campaign, which arrived midway through that year, capitalized on the hate.

“It was the rhetoric coming out of Trump’s campaign that certified that,” Barzegar said. “We started to see things in Trump’s campaign, rhetoric-wise, that was typically very far off on the margins: things you would find on far-right radio or the outskirts of the internet. Now it’s becoming so acceptable and mainstream.”

But where bigots want to scare Muslims into silence, Muslims are turning to their communities for support. Mosques were especially crowded during the first morning prayer after the Christchurch shooting, Barzegar said.

“What I’m seeing is that people are hopeful, they’re strong, they’re determined, and they’re not fearful,” he said. “There’s a solemnness there, there’s a melancholy, there might be some anxiety, but there isn’t fear.”