Quranic Sessions for Women in Scandinavia 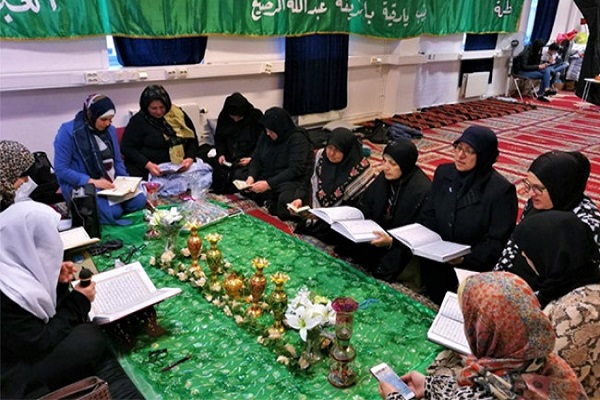 According to Qaaf news agency, the Quranic programs have been held for the first time by the Quran Teaching Center of the Astan’s Religious Dissemination Section of Women.

Linköping and Norrköping in Sweden and Ringsted and Copenhagen in Denmark are the cities hosting the Quran reading sessions during the holy month of Ramadan.

Noor Fatemeh, Al-Alawiyah Zahirah and Marwah Al-Anbari are the Quran teachers of the center who supervise the sessions.

Islam in Denmark being the country's largest minority religion plays a role in shaping its social and religious landscape. According to a 2018 estimate, a little more than 300.000 people or 5.3% of the population in Denmark is Muslim. The figure has been increasing for the last several decades.