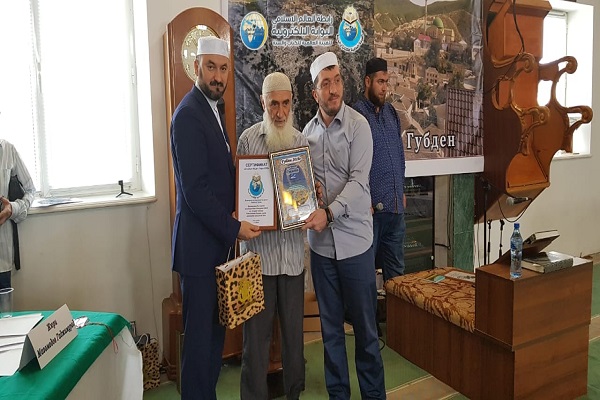 According to ioqas.org, the International Organization of Quran and Sunnah affiliated to the Muslim World League held the competition in cooperation with Dagestan’s Office for Muslims Religious Affairs.

Sheikh Khalid Abdulkafi, deputy of the secretary general of the scientific and educational section of the organization said that 21 Quran activists of the region took part in the competition.

The Quranic event was received very well by the citizens and the participants were admired for their beautiful Quran recitations, he added.

The closing ceremony of the contest was held with Ibrahim Sabirov, supervisor of the organization in Russia, Shahabuddin Husseinov, head of the foreign relations of the office, and representative of the country’s Mufti in attendance.

The speakers at the ceremony highlighted the virtues of Quran reading and memorization and stressed the need for acting upon the Quranic teachings.