General
News ID: 3469599
TEHRAN (IQNA) – US President Donald Trump on Monday defended a decision to withdraw US troops from northern Syria, saying it was too costly to keep supporting US-allied, Kurdish-led forces in the region fighting Daesh militants. 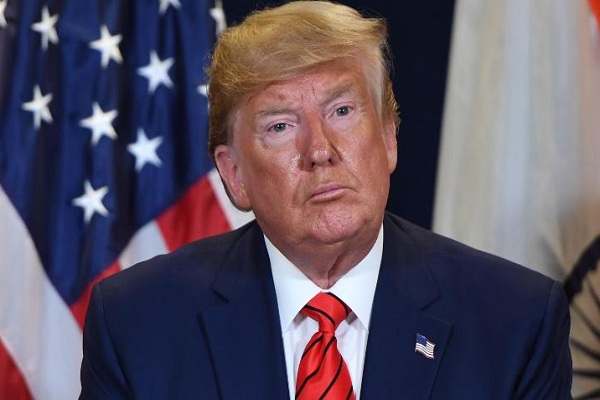 “The Kurds fought with us, but were paid massive amounts of money and equipment to do so. They have been fighting Turkey for decades,” Trump said in a series of tweets.

“Turkey, Europe, Syria, Iran, Iraq, Russia and the Kurds will now have to figure the situation out,” Trump said, Reuters reported.

The Trump administration’s move, which opens the way for a Turkish strike on Kurdish fighters long aligned with Washington, runs counter to the positions of even some of Trump’s top allies in his own party.

Lindsey Graham, a Republican senator who is generally a vocal Trump supporter, wrote in a series of Twitter posts that he was trying to set up a call with Secretary of State Mike Pompeo and would introduce a Senate resolution opposing the withdrawal decision and calling for it to be reversed.

“It’s never in our national security interest to abandon an ally who’s helped us fight ISIS,” Graham said in an interview with Fox News Channel, using an acronym for Daesh.

“This impulsive decision by the president has undone all the gains we’ve made, thrown the region into further chaos.”

Neither Turkey nor the US has authorization from the Syrian government for their activities in the Arab country.

The Damascus government has slammed the US and Turkish forces’ presence in Syria, condemning them as a violation of Syria’s sovereignty and territorial integrity as well as international law.