General
News ID: 3469670
TEHRAN (IQNA) – Turkish police detained four mayors from a pro-Kurdish party in dawn raids, widening a crackdown since Ankara launched an incursion into northern Syria a week ago, state media and the party said on Tuesday. 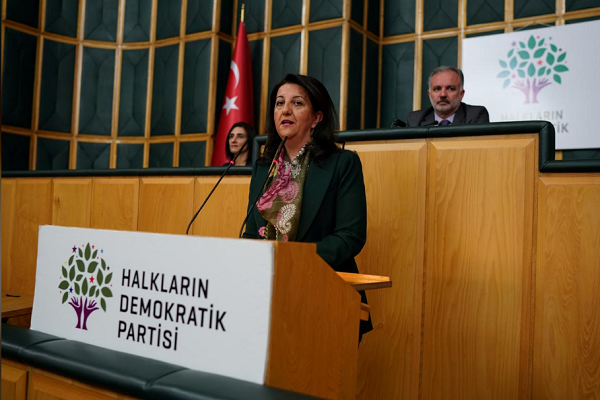 The pro-Kurdish People’s Democratic Party (HDP) mayors of the Kurdish-majority districts of Hakkari, Yuksekova, Ercis and Nusaybin, near Turkey’s borders with Syria and Iraq, were held over terrorism links, the HDP and Anadolu news agency said, without elaborating, Reuters reported.

President Tayyip Erdogan and his government accuse the HDP of being linked to the Kurdistan Workers Party (PKK) militant group, and thousands of its members have been prosecuted for the same reason, including its leaders. The HDP denies such links.

While most of Turkey’s opposition parties have backed the operation, the HDP has called for it to stop, describing it as an “invasion attempt”. HDP says the operation was an attempt by the government to drum up support amid declining public backing.

Speaking to members of her HDP, party co-leader Pervin Buldan accused the government of violating the rights of Kurdish people domestically and said the operation in Syria was being waged against the Kurdish people.

“The domestic enmity against Kurds is continuing on northern Syrian soil,” Buldan said.

“If Kurds were to plant a flower in a pot, (...) they would call it a ‘terrorist pot’ and shoot it with tanks and cannons,” she added.

Turkey has said its operation does not target Kurds and only the Syrian Kurdish YPG militia, which it says is a terrorist organization and the Syrian offshoot of the PKK. It says the PKK and YPG should not be equated with the Kurdish people.

The HDP said 151 of its members, including district officials, had been detained over the past week since Turkey and its Syrian rebel allies launched the assault.

Last week, Turkish police launched criminal investigations into the HDP’s co-chairs over their criticism of the military operation and started probes into more than 500 social accounts over “terrorist propaganda” criticizing the offensive.