All Palestinians to Return to Their Land One Day: Leader

General
News ID: 3469769
TEHRAN (IQNA) – Leader of the Islamic Revolution Ayatollah Seyed Ali Khamenei said the Great March of Return will lead to the return of the Palestinians one day. 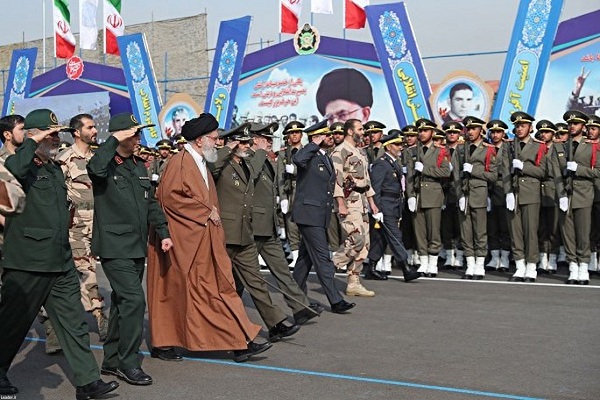 “Who imagined the Zionist Regime - which couldn’t be defeated by three Arab countries in 6 days - would be forced to retreat by the devout youth during the 33-day Lebanon War and the 22-day Gaza War? Be sure that God surely fulfils His promises,” the Leader said during the joint graduation, inauguration, and epaulette granting ceremony for cadets of the Islamic Republic of Iran’s Army Academies, held Wednesday at Khatam al-Anbia Air Defense Academy in Tehran.

Imam Khamenei stressed, “The Great March of Return will lead to the return of the Palestinians one day, and the true owners of the land will return to it. Despite their heavy expenses, the Arrogant Powers have been defeated so far. They admitted themselves that they spent $7,000 B but didn’t gain anything.”

Also, referring to the recent developments in Iraq and Lebanon, Ayatollah Khamenei emphasized, “The biggest damage that enemies can inflict on a country is to deprive them of security, as they have started to do so today in some countries in the region.”

He went on to say, “I recommend those who care in Iraq and Lebanon remedy the insecurity and turmoil created in their countries by the US, the Zionist regime, some western countries, and the money of some reactionary countries.”

The Leader stressed, “The people have justifiable demands, but they should know their demands can only be fulfilled within the legal structure and framework [of their country]. When the legal structure is disrupted in a country, no action can be carried out,” according to Khamenei.ir.

Imam Khamenei reminded his audience, “The enemies engaged in the same plots against Iran; but fortunately, people acted in a timely manner, and the sedition was nullified.”