Quds Should Be Muslim World’s Number One Issue: Russian Mufti

General
News ID: 3469968
TEHRAN (IQNA) – The Muslim Mufti of Russia’s Volgograd Oblast underlined the need for defending Quds and Palestine to be the Islamic world’s number one issue. 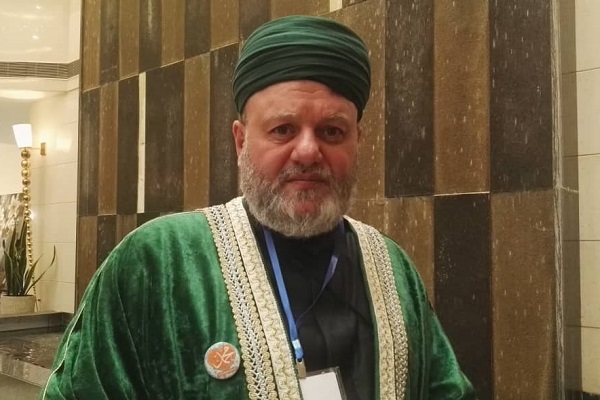 Speaking to IQNA in an interview, Sheikh Kafa Muhammad Batan deplored the almost daily instances of desecration of Quds and al-Aqsa Mosque by the Zionists and said the holy Quds must be the main priority for Muslim.

“The Islamic Ummah should not allow the main enemy, namely the Zionist regime, to keep occupying the holy land.”

Sheikh Batan, who was in Iran earlier this month to attend the International Islamic Unity Conference in Tehran, further said the enemies of Islam are making every attempt to divert Muslims’ attention from the real enemy and foment discord among them.

He stressed the need for enhanced Muslim unity and vigilance to counter such enemy conspiracies.

Elsewhere in the interview, Sheikh Batan referred to Quranic activities in Russia, and said there are many mosques and religious centers in the country where courses on Quran memorization are offered.

There are also Quran competitions held in Russia, including the country’s international Quran contest, he stated.

In Volgograd Oblast, the cleric noted, nearly 400,000 Muslims live and, therefore, there are many Islamic centers and institutes active in this region of Russia.

Themed “Ummah unity in defending the al-Aqsa Mosque,” the 33rd International Islamic Unity Conference was held in Tehran from November 14 to 16, with 350 personalities from 93 countries in attendance.

Marking the birth anniversary of Prophet Muhammad (PBUH), it is held annually in an effort to lay the ground for stronger unity and solidarity among Muslims and provide solutions for their problems.