General
News ID: 3470098
TEHRAN (IQNA) – Winners of the 17th edition of Tunisia’s international Quran competition were announced and awarded at the closing ceremony on Friday. 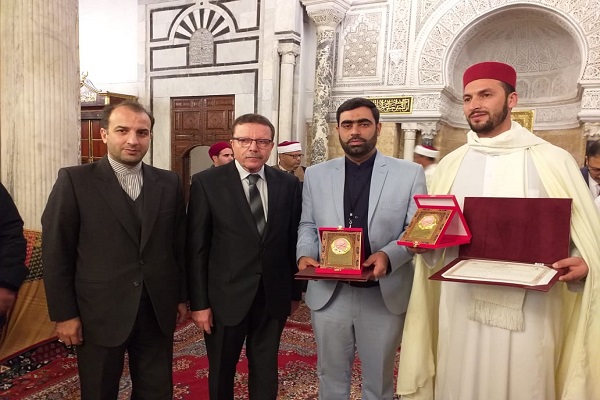 The ceremony was held at Al-Zaytuna Mosque in the capital, Tunis, with a number of senior officials, including the minister of religious affairs and the grand mufti of Tunisia, as well as diplomats from Muslim countries in attendance.

According to the panel of judges, the Algerian Qari bagged the top prize in the category of recitation of the Quran.

Iran’s Hossein Poorkavir was the runner-up and Turkey’s representative came third in this category.

The competition began in Tunis last Saturday and the last batch of contenders went on the stage to showcase their talents on Monday.