General
News ID: 3470154
Tehran (IQNA)- Iran, Malaysia, Turkey and Qatar are considering trading among themselves in gold and through a barter system to beat any future economic sanctions on them, Malaysian Prime Minister said on Saturday. 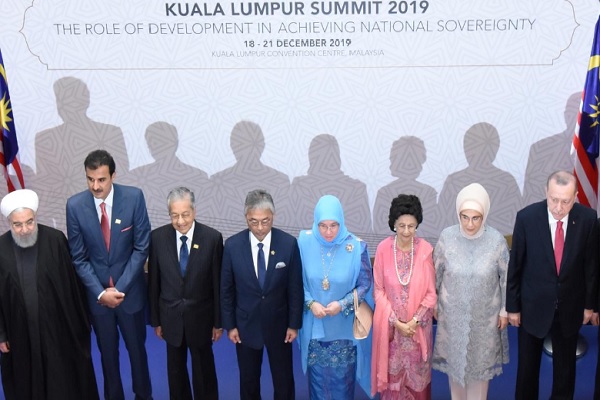 At the end of an Islamic summit in Malaysia, Mahathir praised Iran and Qatar for withstanding economic embargoes and said it was important for the Muslim world to be self-reliant to face future threats.
“With the world witnessing nations making unilateral decisions to impose such punitive measures, Malaysia and other nations must always bear in mind that it can be imposed on any of us,” Mahathir said.
U.S.-allied Arab states Saudi Arabia, the United Arab Emirates, Bahrain and Egypt cut diplomatic and trade links with Qatar about 2-1/2-years ago over allegations it backs terrorism, a charge Doha denies. Iran, meanwhile, has been hit badly after the United States reimposed sanctions on it last year.
“I have suggested that we re-visit the idea of trading using the gold dinar and barter trade among us,” Mahathir said, referring to the Islamic medieval gold coin.
“We are seriously looking into this and we hope that we will be able to find a mechanism to put it into effect.”
The leaders agreed they needed do more business among themselves and trade in each other’s currencies.
Source: Reuters
0
LIKE
Error Report
Tags: iran ، Malaysia ، Turkey ، Qatar ، Trade ، Gold ، Barter
Your Comment