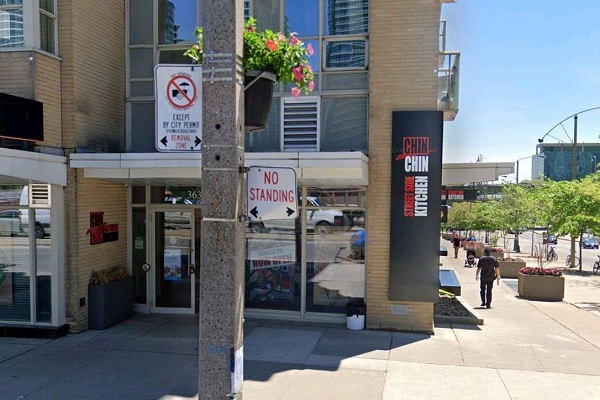 Staff discovered one of Chin Chin Street Side Kitchen’s windows facing Spadina Avenue had been shattered with a rock after arriving for work in the morning, owner Nawed Shaikh said.

Const. Alex Li said police initially thought it might be a break and enter but now are looking to lay mischief charges if they locate a suspect.

The restaurant’s window was broken hours after a post denouncing the restaurant appeared on a Facebook page called Boycott Halal in Canada, a page with over 6,000 likes that says it hopes to end the “need for Halal Ritual Slaughter.”

Shaikh was aware of the post and wonders whether it prompted anyone to action. At the same time, he was cautious about drawing a link between the post and the vandal.

“We found a (Facebook) group against Halal and they mentioned our name, but I’m not sure if it’s related to that,” he said.

“If we have information to believe this is a hate crime or hate related then our investigators will obviously direct their attention that way,” Const. Li said.

Police have not released any information about a suspect.