Hazrat Zeynab (SA) Birthday Anniversary to Be Celebrated in Damascus

General
News ID: 3470224
TEHRAN (IQNA) – An official with the Representative Office of the Leader of the Islamic Revolution in Syria said special programs will be organized by the office in Damascus on the birthday anniversary of Hazrat Zeynab (SA). 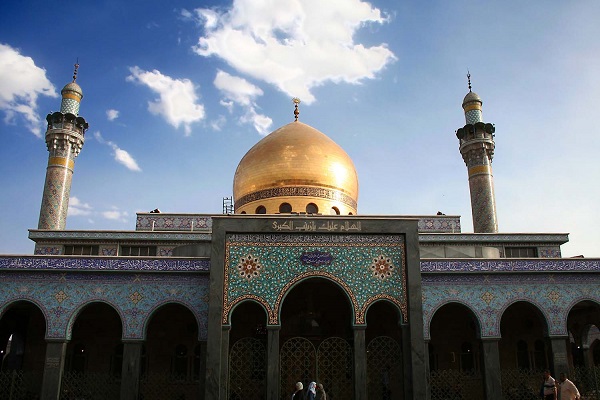 Hojat-ol-Islam Rabbani, the office’s cultural affairs deputy, said the programs will be held for a week starting from December 30.

The decision was made taking into account that a large number of pilgrims are expected to be present in the city on the auspicious occasion and given the emphasis by Hojat-ol-Islam Tabatabayi, the custodian of the holy shrine’s mosque, to gloriously mark the occasion, he added.

Rabbani said that the programs on December 31, the night of birthday anniversary, will start at the mosque after the evening prayers with a speech by Hojat-ol-Islam Tabatabayi, the representative of the Leader of the Islamic Revolution in Syria.

The occasion will be celebrated in a special ceremony for Persian speakers at the mosque on January 1 and the holy shrine of Hazrat Zeynab (SA) will be showered with flowers by pilgrims, he said.

Hojat-ol-Islam Rabbani added that the office will decorate the holy shrine with more than 25000 flowers gifted by the custodian of Imam Reza (AS) holy shrine.

A Hazrat Zeynab (SA) Congress will also be held on the occasion by the custodian of the holy shrine in Damascus, which will be attended by Syria’s Minister of Awqaf (endowments) and Shia and Sunni scholars of the country, he stated.

The cleric also noted that the special programs of the week will be broadcast by different Iranian and Syrian TV Channels.