US’ Satanic Policy on Palestine Will Never Succeed: Ayatollah Khamenei 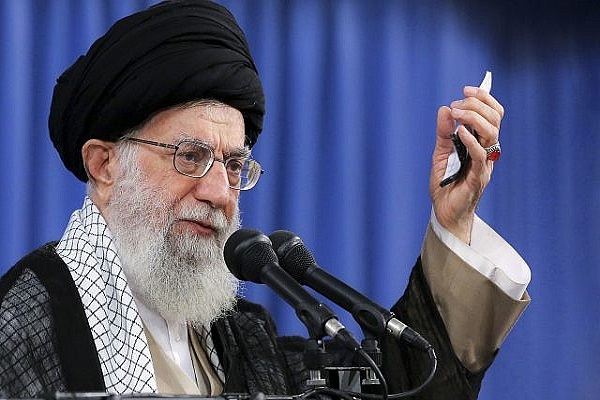 “To the dismay of US politicians, the satanic, evil US policy about Palestine —the so-called #DealOfTheCentury— will never bear fruit, by the grace of God,” Ayatollah Khamenei's official website tweeted on Wednesday.

“About the Jewishization of #alQuds and saying it should be in the hands of the Jews, they’re talking foolishly & unwisely. The issue of #Palestine will never be forgotten. The Palestinian nation and all Muslim nations will definitely stand up to them and not allow the so-called #DealOfCentury to be realized,” the tweet added.

It following the US unveiling of its so-called Deal of the Century plan.

After months of running a vast propaganda machine to drum up support for his self-proclaimed 'Deal of the Century,' US President Donald Trump finally unveiled what he believes can serve as a final antidote to the bitter and brutal Israeli-Palestinian conflict that has dragged on for seven decades.

Within just hours since its launch, Trump’s proposed deal has aroused a storm of indignation and opposition among Middle East people and politicians as well as international organizations, earning descriptions such as 'the treason of the century, nightmare, conspiracy, catastrophe, new Balfour Declaration, an annexation plan, a stillborn agreement, a handbook for more suffering, and a deal for the garbage can of history' among others.