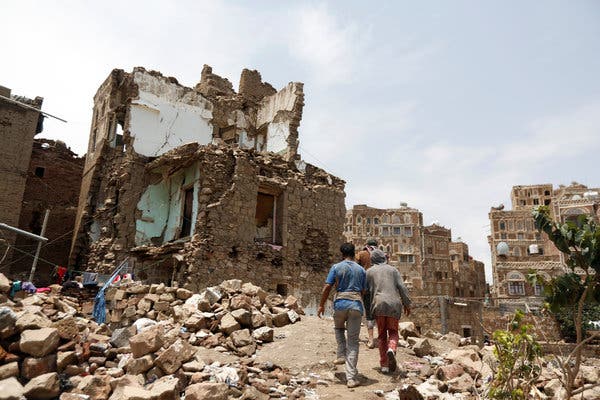 The health ministry in Al-Jawf province said women and children were among those killed, Al-Masirah TV reported. It followed the successful move by Ansarullah to down a coalition plane in the area on Friday.

Houthi military spokesman Yahya Sari said on Friday that a Tornado jet belonging to enemy forces had been brought down in Al-Jawf with an air-to-ground missile.

In March 2015, Saudi Arabia, with the help of a number of its allies, particularly the United Arab Emirates (UAE), launched a brutal military campaign against impoverished Yemen, whose former President Abd Rabbuh Mansur Hadi had fled to Riyadh a few months earlier after stepping down the previous year.

The Saudi-led campaign, code-named Operation Decisive Storm, was launched to achieve two main objectives: bringing Hadi, a staunch ally of Riyadh, back to power, and crushing the Houthi Ansarullah movement, whose fighters have proved to be of significant help to the Yemeni army in defending the Arab country against the invaders since the onset of the imposed war.

However, despite spending millions of dollars and employing foreign mercenaries, particularly from Sudan, the Saudi regime has deeply bogged down in Yemen and has practically failed in achieving both of its objectives.

The Saudi-led coalition has put Yemen under a tight naval blockade as it also imposed a crippling blockade on the capital’s international airport, one of the lifelines of the county for the past three years or so.