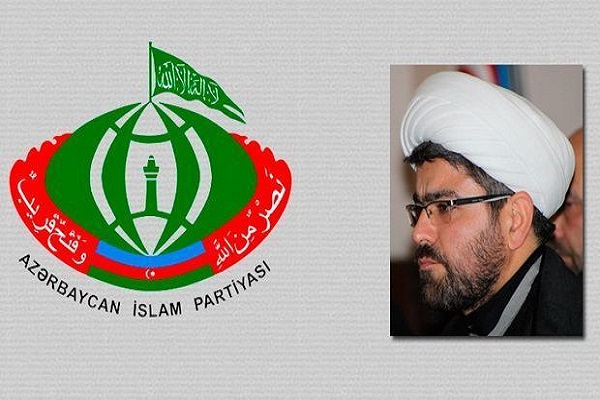 In a statement, the party said its members believe that Aliyev has done nothing illegal and, therefore, his detention is a wrong and biased move, Islaminsesi website reported.

It added that the detention of the religious scholar is a violation of human rights and unacceptable in a country that claims to be democratic.

The Islamic Party of Azerbaijan was founded in 1991 in the town of Nardaran, which lies northeast of the capital Baku, and was officially registered in 1992.

Several of its top members are in jail on groundless charges.