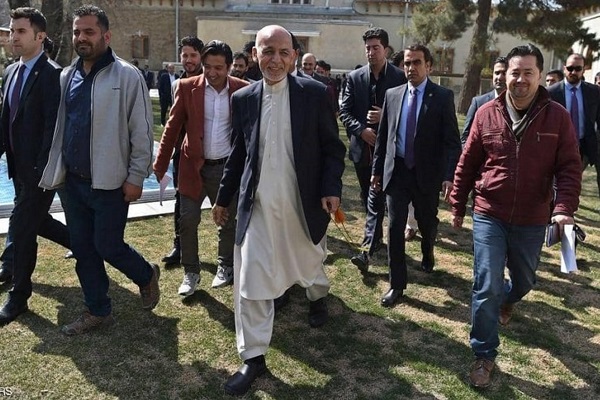 As hundreds of people watched Ashraf Ghani’s inauguration ceremony at the Presidential Palace in Kabul on Monday, two loud explosions were heard, prompting some people to flee.

Daesh claimed responsibility for the blasts, which reportedly caused no casualties.

“Caliphate soldiers targeted the inauguration of the tyrant Ashraf Ghani”, firing 10 rockets near the presidential palace in Kabul, the terrorist group said in a statement released via its usual social media channels.

Ghani’s rival Abdullah Abdullah held a rival swearing-in ceremony, suggesting that their US-brokered talks over a disputed presidential race have yielded no result.

The two rivals had earlier postponed their plans to hold parallel inauguration ceremonies to allow for more time to resolve their differences over the 2019 vote.

Abdullah, who serves as the chief executive officer of the outgoing administration, has rejected a decision by Afghanistan’s Election Commission last month to announce Ghani as the winner of the presidential election, proclaiming himself to be the president-elect.