US Forces to Withdraw from 3 Bases in Iraq: Report

General
News ID: 3470939
TEHRAN (IQNA) – The US military plans to withdraw forces from three bases in Iraq, a report said. 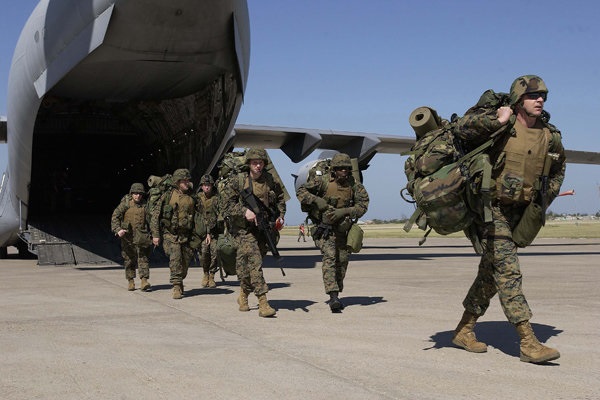 According to the BBC report, they include the al-Qaem Base in the west of al-Anbar province.

The base, located near the Iraq-Syria border, will be officially handed over to the Iraqi army in a ceremony later this week.

Iraqi lawmakers unanimously approved a bill on January 5, demanding the withdrawal of all foreign military forces led by the United States from the country following the assassination of Lieutenant General Qassem Soleimani, the commander of the Quds Force of the Islamic Revolution Guards Corps, along with the deputy head of the PMU, Abu Mahdi al-Muhandis, and their companions in US airstrike authorized by President Donald Trump near Baghdad International Airport two days earlier.

Later on January 9, former Iraqi prime minister Adel Abdul-Mahdi called on the United States to dispatch a delegation to Baghdad tasked with formulating a mechanism for the move.