General
News ID: 3470971
TEHRAN (IQNA) – Leader of the Islamic Revolution Ayatollah Seyed Ali Khamenei underlined the great concepts that Mab’ath contains, saying one of the goals of the appointment of all prophets was social and economic justice. 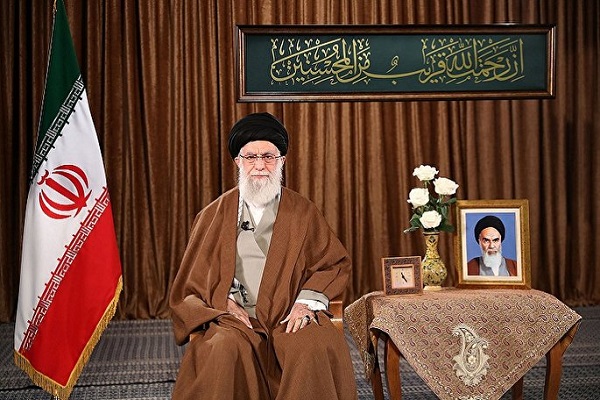 “God took a pledge from Prophets throughout history on the day of Mab’ath to believe in the Prophet of Islam and help him,” the Leader said in a televised address on Sunday, which marks the Eid of Mab’ath (Holy Prophet's (PBUH) appointment to prophetic mission).

“The name and features of our Prophet were described in the undistorted versions of the Torah and Bible, and Jesus referred to the name of the Prophet of Islam.”

Ayatollah Khamenei added, “Mab’ath contains great concepts. If one believes in these, he will achieve a pure life. One of the goals of the appointment of all prophets was social and economic justice. Imam Ali (AS) talked about justice and liberty a thousand years ago, well before Westerners addressed these.

“Three hundred years after the Prophet of Islam, the strongest government in terms of science, culture, politics the military was the government of Islam. If we’re not lazy or narrow-minded today, we can achieve the peak of the Prophet's Islamic government and modern Islamic Civilization.

“Prophets had many enemies. We shouldn't be surprised at having enemies. In the Battle of Ahzab, the believers said the number of enemies attested to God's pledge. The most vicious enemy is the US govt. They are lying, brazen, avaricious charlatans, and cruel, merciless terrorists,” Ayatollah Khamenei added, according to the website of the Leader’s office.

He further said, “The US government has declared a few times that they are ready to help Iran with medicines to fight the coronavirus outbreak. That's strange. Firstly, based on the words of your own officials, you face shortages in the US. So use what you have for your own patients.

“Second, you're accused of having created Coronavirus. I don't know how true it is. But when there's such an allegation, can a wise man trust you? You could be giving medicines that spread the virus or cause it to remain. Experience shows you can’t be trusted and you do such things.

“Everyone should observe the guidelines of the National Committee for Combating Corona, God willing. Even religious gatherings have been cancelled in Iran, which is unprecedented in our history. But it's unavoidable. May God remove this disease from all the people of the world.”