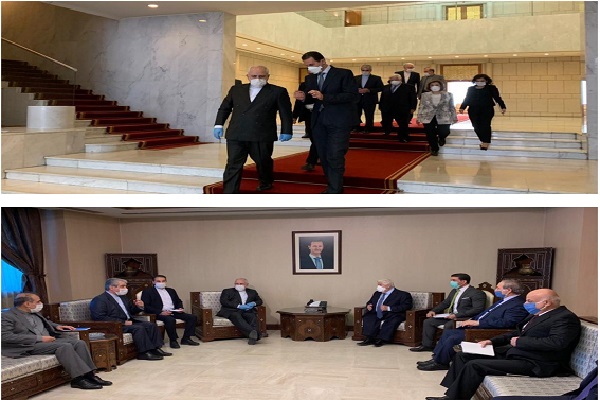 The meeting was held in Damascus on Monday during Zarif’s one-day trip to the Arab country, according to the Foreign Ministry’s website.

Iran has been a main supporter of Syria in its battle against foreign-backed militancy.