General
News ID: 3471473
TEHRAN (IQNA) – Moroccan football player Nordin Amrabat has launched a fundraiser in order to build a mosque in the city of Naarden, Netherlands, where he was born. 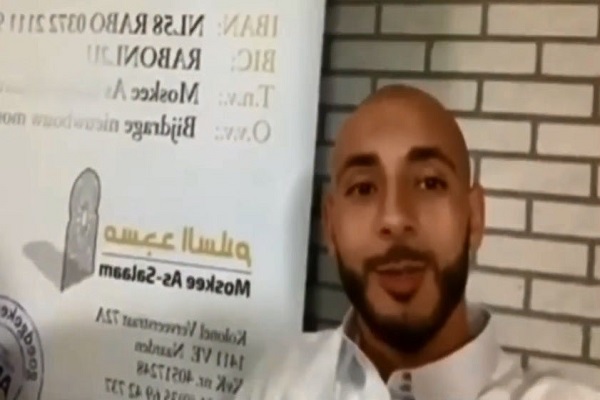 The international player announced the initiative in a live Instagram video with an imam from an Islamic charitable society in Naarden.

“Let’s bring some money to build the mosque,” said Amrabat in the video, showing the building’s design.

According to the imam in the video, the initiative is set to build a mosque of 600 square meters. As of 2019, the Netherlands counted approximately 500 mosques.

Amrabat played with the Moroccan National team in World Cup 2018 in Russia, and rallied a large fan base after his performance in the three matches of the first round.

His fans praised his performance in Morocco’s match against Portugal, where he took to the pitch despite having suffered a concussion in an earlier match against Iran.

While the decision to allow him to play drew criticism from FIFA, his success in the match earned him the title of “warrior” from fans.

Amrabat is among many Moroccan players who have shined in the Netherlands with local teams, and later with the Moroccan national team, such as Hakim Ziyech.

Dutch football club AFC Ajax named Ziyech best player for the third consecutive year on May 14, referring to Ziyech as the “Wizard of AMS” when announcing his title.

Former Dutch professional football player Mario Been said in November 2019 that Ziyech has nothing “more to learn” in the Eredivisie, the highest championship in the Netherlands.

“He is so far the best player we have here,” Been added.

Homes Burned Down in Muslim-Majaority Rakhine State of Myanmar