Work on Quranic Studies to Be Unveiled at Russia Book Fair

Culture
News ID: 3471620
TEHRAN (IQNA) – A collection of articles on Quranic studies, published in cooperation with Anthropology Museum of Saint Petersburg, will be unveiled at the Russia’s Red Square Book Fair. 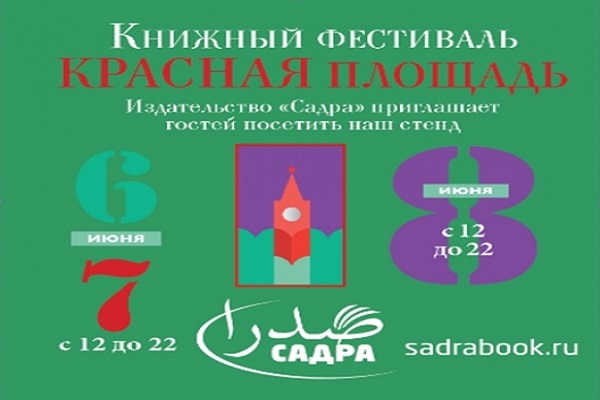 It is one of the new publications of Sadra Publishing House and will be presented at the exhibition.

It will also present the series “The edifying literature of the Saljukid era in the Persian language: originals and fakes” by Alexei Khismatulin, “Siyasat-nama / Seyr al-muluk” (The Book of Reign/ Lives of the Lords) by Amir Mu'izzy Neyshaburi.

In the series “Philosophical Thought of the Islamic World”, Sadra House has released a new collection of scientific articles titled “Revolution and Evolution in Islamic Thought and History”.

The ninth edition of Ishraq (Illumination) yearbook themed on Islamic philosophy and mysticism, which is released by the Islamic Studies Foundation in cooperation with the Philosophy Institute of Russian Academy of Science and the Iranian Institute of Philosophy will also be exhibited at the book fair.

It is the sixth edition of the exhibition which started on June 6 and continues for three days until June to 8 as the country’s first major cultural event in 2020.

Given the spread of the coronavirus, the book fair has been organized as a combination of online and offline programs.

Because quarantine is not officially over, the organizers announced that it can be attended by book lovers and readers older than seven and younger than 65, who have registered ahead of time for one of the five daily 2-hour visits and gotten a QR pass. At the venue, which will be periodically disinfected, visitors must wear gloves and a mask, and stay at least 1.5 meters away from everyone.

Although about a dozen publishers backed out for safety reasons, more than 200 publishers will show and sell their books in seven spaces. There will be authors giving talks, although probably not signing books. There will be performances, particularly in honor of Alexander Pushkin, whose birthday is June 6. There will be actors reciting poetry and giving readings of prose. There will be bean bag chairs and special editions of newspapers.