General
News ID: 3471865
TEHRAN (IQNA) – Iranians and Shia Muslims elsewhere in the world are celebrating the birthday anniversary of Imam Reza (AS), the 8th Shia Imam. 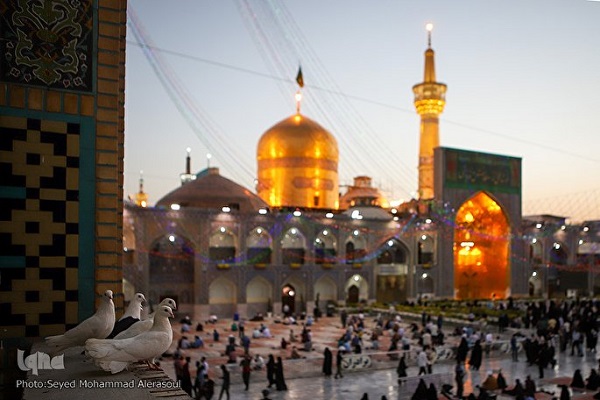 Many have gathered in the holy shrine of Imam Reza (AS) in Iran’s northeastern city of Mashhad to celebrate the auspicious occasion, though the number of pilgrims is significantly lower than previous years due to restrictions imposed to stem the coronavirus outbreak.

Imam Reza’s (AS) birthday is celebrated on the 11th day of the lunar Hijri month of Dhul Qaada, which falls on Friday, July 3, this year.

Imam Ali bin Mousa al-Reza (AS), the eighth Imam of Shia Muslims, is of the progeny of Prophet Muhammad (PBUH) and his eighth successor. At age 35 he became the leader of the Islamic community. His life was contemporary to the Abbasid reign and therefore, he suffered great difficulties made by the Abbasids. He was martyred by Ma’moon (the contemporary Abbasid Caliph) at the age of 55.

The shrine of Imam Reza (AS) is visited by nearly 30 million people annually, making Mashhad one of the biggest pilgrimage destinations in the world and the holiest spot in Iran.

4,000 Mosques Ready to Reopen in Algeria

How to Memorize Holy Quran