UAE Mosques to Operate with 50% Capacity

General
News ID: 3472065
TEHRAN (IQNA) – Mosques in the UAE can operate at 50 per cent capacity from Monday, August 3, a top official has announced. 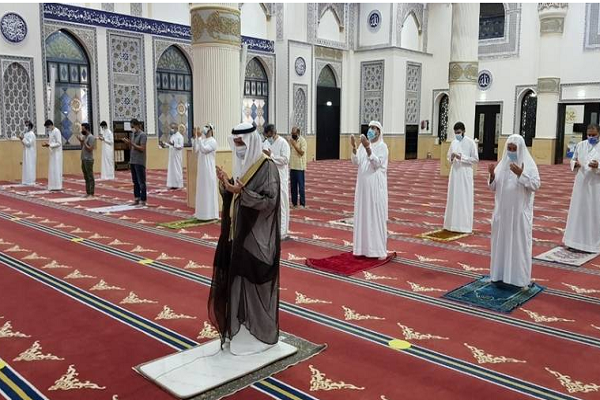 Worshippers must maintain a distance of two meters from one another.

Mosques have been operating at 30 per cent since they were reopened on July 1.

The UAE's Federal Authority for Government Human Resources earlier announced a four-day Eid Al Adha holiday for the public sector. The authority said the break will be from Thursday, July 30, to Sunday, August 2.

Mosque and Eid advisory, according to the Khaleej Times:

> Mosques to operate at a capacity of 50%, with a physical distancing of two metres maintained, in addition to other precautionary measures

> Prayers will be restricted to 10 minutes as of August 3 except for Maghrib prayer, which will be for five minutes

> Caution to be taken when distributing the sacrificial meat among family, relatives and neighbors

> Refrain from distributing Eid gifts such as cash to children

> Domestic workers are prohibited from meeting anyone outside their homes, and must be provided protective equipment if they need to interact with people from outside

Dome of Najaf Shrine Washed Ahead of Holy Prophet’s Birthday