Interview
News ID: 3472078
TEHRAN (IQNA) – The scale of the 1995 Srebrenica massacre shows that it was not carried out by a few individuals but there was state organization, a scholar said. 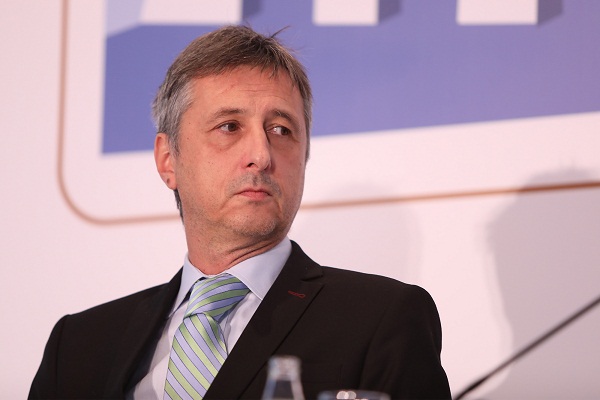 “There was certainly a minority in Bosnian and Yugoslav population that disliked, or even hated, members of other ethnic groups. However, the scale of the crime in Srebrenica required state organisation. To murder and bury over 8000 people in the space of a few days requires massive logistics that few nationalist individuals could not have. Thus the question is how a state has come into the situation of being controlled by incompetent nationalist criminals,” Neven Andjelic told IQNA in an interview.

Dr Neven Andjelic is a Reader in International Relations and Human Rights at Regent's University London. He served on the Advisory Committee on the Framework Convention for the Protection of National Minorities - Council of Europe from 2014 to 2018.

Andjelic is also Visiting Professor at the University of Bologna and Visiting Senior Fellow at LSE. He previously taught at Birkbeck College, London, Open University and Bader International Studies Centre of the Queen's University (Kingston, Canada). He was also involved in advisory role with the King’s College London, LSE and UAL on an AHRC-funded project, Art and Reconciliation: Conflict, Culture and Community.

Following is the full text of the interview.

IQNA: More than 25 years after the Bosnian war and crimes such as the Srebrenica massacre, some in Europe seem to be trying to forget these events. What is your opinion?

Andjelic: We have the same situation 75 years after the end of WWII and the Holocaust is denied by some. Over a century after the genocide of Armenians, Turkey denies it, and those stating the obvious are even judicially punished. The denial of the Srebrenica genocide is not punishable in Bosnia-Herzegovina and some politicians, but also the ordinary people, are relativising the crime committed in 1995. The closure for the victims is impossible unless historical facts have been addressed. Humanity is slow in addressing injustices and crimes committed in the past often by victors who imposed their own interpretation of history. We are seeing today some of the injustices being addressed through the movements like Black Lives Matter. It took several centuries for the process to begin. 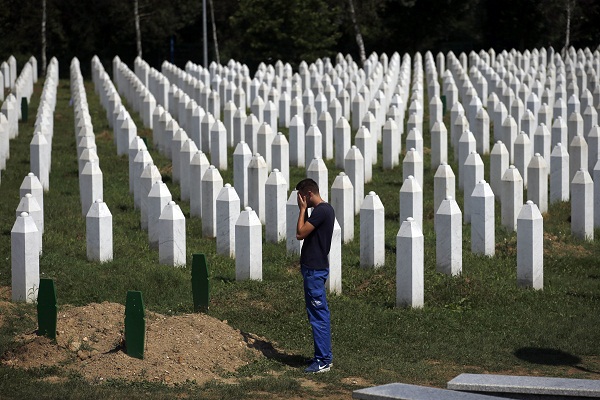 IQNA: Do you have close experience of the Balkan wars?

Andjelic: I was a journalist in Sarajevo, who was one of the leaders of the peace movement on the eve of the war. We set up massive demonstrations in front of the Parliament, broke into the building and demanded the resignation of nationalists from power because they were leading the country towards the war. We ultimately failed, and the siege of Sarajevo began. I spent the first year of the war in Sarajevo under the siege. There were no water, electricity or gas supplies most of the time. The shelling and sniper fire were permanent features of the siege. It is a small city, the population within the besieged city was probably around 300,000 people. It is surrounded by mountains and hills where the besieging forces fortified their heavy artillery and snipers. Over 11,000 people have been killed. I was lucky that UNHCR allowed local journalists to use UN planes and I left the city in 1993 after one year of the war.

IQNA: What do you think was the root cause of the massacre of Muslims in Bosnia, despite the fact that Muslims, Croats and Serbs had lived together peacefully before?

Andjelic: The war itself, like many modern wars, was complex and, perhaps the easiest (way) to describe it is to quote one academic who stated it had both features of international conflict and internal war. She called it internationalised ethnic war. Thus Bosnian situation from the start of the conflict was that Serbs were openly supported and provided by weapons and logistics by neighbouring Serbia. Croats enjoyed a similar kind of support from another neighbour – Croatia. This situation leaves Muslims in the weakest position with no outside assistance in the beginning. While some members on all sides have committed horrible crimes, it was the scale of the industrially organised mass-crime against Muslims in Bosnia-Herzegovina that shocked the world. There was certainly a minority in Bosnian and Yugoslav population that disliked, or even hated, members of other ethnic groups. However, the scale of the crime in Srebrenica required state organisation. To murder and bury over 8000 people in the space of a few days requires massive logistics that few nationalist individuals could not have. Thus the question is how a state has come into the situation of being controlled by incompetent nationalist criminals. Yugoslav regime refused to be peacefully and democratically transformed like elsewhere in the communist world and collapsed. It dragged the state towards self-destruction.  A prolonged economic crisis is another element that pushed citizens to vote for nationalists. Thus democratic legitimacy was given to a series of incompetent nationalists who suddenly found themselves in control of the state resources. Bosnian situation is specific as in the multiethnic state, we have three sets of competing nationalists sharing the power. The power-sharing arrangement by nationalists led towards destabilisation and deconstruction of the state. Nationalist ideologies were legitimized by democratic processes but ultimately it was the society that has been destroyed. Once a unified society has become a set of three parallel societies. This situation has allowed for extreme ideologies to gain momentum. This is, in short, how functioning, mutually-respectful multiethnic society changed in a short period. 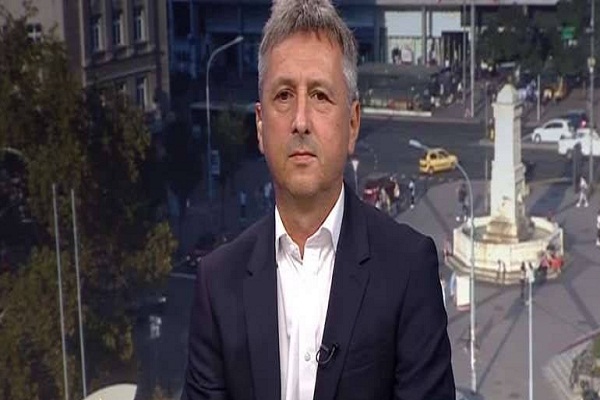 IQNA: Some in Europe believe that Bosnian Muslims, and Muslims in Europe in general, seek to destroy European identity (the Eurabia theory). To what extent have these ideas negatively affected the lives of the Muslim minority in various European countries?

Andjelic: Interestingly, the most radical reactions towards Muslims come from the countries that have hardly any Muslims in their population. Hungary, Poland, Czech and Slovak republics are examples of these paranoid politics. Umberto Eco said in 2012 that it is culture, not a war, that cements European identity. The development of the European identity since has been disturbed and possibly stopped by the rise of populism and nationalist politics that advocate and support national identity while seeing a mortal danger in the European identity. Nationalists by definition, hate globalisation unless it is their nation that dominates the process. They see Islam also as one of the globalised factors. The conflict of cultures is almost inevitable. Add to these revamped post-colonial nationalist forces in former centers of the empires that actually have the experience, often a good one, with Islamic citizens and anti-Islamic Europe is almost there. Fortunately, there is also liberal Europe supporting equal rights, diversity, multiple cultures and identities. This kind of Europe still prevails but is seriously endangered by democratic processes. The electorate, in times of economic hardship caused by the global financial crisis of 2008 and the consequent policies of austerity, feels alienated from the liberal elite and shifts the allegiance towards radical non-tolerant ideologies. Finally, some Muslims in Europe do not share the dominant values of society, European values. This puts them in the position of confrontation with the community and the state. They create conditions of self-ghettoisation for themselves. Their examples have been used by nationalist radicals across Europe to galvanise support for anti-Islamic policies and rhetoric.

IQNA: How do you think negative views and Islamophobia can be reduced in today's Europe, given the resurgence of the far right?

Andjelic: Liberal elites have to reform themselves and clean their act. Inequality is on the rise and therefore, elites, both economic and political, are perceived as alienated and ultimately corrupt. The people, in this interpretation, are good. This is a classical definition of populism. It is only liberal kind of politics, after being reformed, that can prevent the further rise of the far right, populism and consequently Islamophobia. Islam, like other minority religions and together with Christianity, is part of European values. United in diversity is one of the earliest European mottos. Therefore, the preservation of European values provides for the open society and inclusion of other cultures, religions, races and nations. European Muslims also have to accept these values. It is only then that Europe will come back to its original values and aims. Economy has to perform strongly to prevent people seeking radical alternatives. The global pandemic is not helpful in this.

IQNA: What is the current situation of Muslims in Bosnia and what future do you foresee for them?

Andjelic: Like Christians, i.e. Serbs and Croats, in Bosnia-Herzegovina, Muslims, i.e. Bosniaks, suffer economically because of the lack of competence in government, corrupt practices among governing nationalist elites and the country's economy deteriorates lagging behind not only the EU but also increasingly being behind its neighbours. Politically, the largest ethnic party that based its ideology mostly on Islam is the strongest in the country. Therefore they are in a position of power. Religious revival is a characteristic of all post-communist countries, but it is more visible in Bosnia-Herzegovina than in most of the other countries. A recent survey by Pew Research found, if I remember it correctly, only Romania, Armenia and Greece with the higher percentage of religiousness in the population. Yes, the question is how do you measure this, and there are several separate indices, but it is clear that religiousness among Bosnians, including the Muslims, is very, very high.

To conclude, they enjoy high levels of religious freedoms in the society that is impoverished and politics that is corrupt. This creates the country whose citizens are prevented from several layers of European integrations, including freedom of movement. Some people misunderstand this for anti-Muslim European policies, but I would primarily blame local Bosnian political elites for creating this kind of situation.