Social
News ID: 3472168
TEHRAN (IQNA) – Tasnim Nazeer is thought to have become the first reporter to appear on TV in Scotland wearing the hijab. 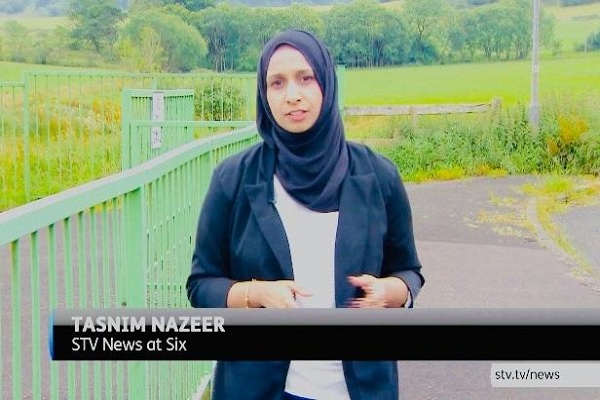 Nazeer from Glasgow, appeared on STV news this week reporting on the lack of support for bereaved families in Scotland.

She said, “Really pleased to have done my first TV report as a freelance journo for @STVNews at Six highlighting the need for more bereavement support in Scotland. I don’t think a woman in hijab has ever anchored a news report in Scotland before "Thanks STV for enabling me to break through the glass ceiling I felt I was under for so long. Representation is so important and glad to have been taken on based on skills and ability to do the job.”

She added, “It’s important that media outlets in Scotland have representation on screen that reflects the national portrait of the society we live in & bring in different stories & perspectives.”