General
News ID: 3472559
TEHRAN (IQNA) – The Eye of Humanity Center for Rights and Development estimated that during some 2000 days of the Saudi-led aggression on Yemen more than 43,000 Yemeni civilians have been killed and injured. 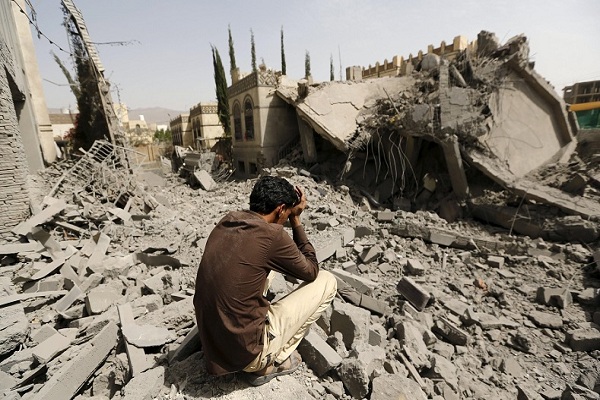 According to the center's monitoring unit, the US-Saudi aggression killed and injured 43181 citizens, 16978 of them were killed, 3790 of them are children and 2381 are women.

The statement indicated that the aggression caused injuries to 26203 citizens, including 4089 children and 2780 women, Al-Masirah TV reported.

The number of destroyed and damaged facilities reached 9135 facilities, it added.

It stated that the aggression destroyed and damaged 15 airports, 16 sea ports, 304 electric stations and generators, and 537 networks and communication stations.

The aerial aggression deliberately destroyed and targeted 2098 reservoirs and water networks, and 1965 governmental facilities and 2200 roads and bridges.

The statement pointed out that the civilian homes that were destroyed and damaged as a result of the aggression amounted to 565973 houses, in addition to 576528 service facilities. It indicated that the aggression destroyed 176 university facilities, 1375 mosques, 365 tourist facilities and 389 hospitals and health facilities.