Social
News ID: 3472582
TEHRAN (IQNA) – A Toronto mosque urged worshippers Tuesday to be vigilant of their surroundings after a volunteer caretaker was stabbed to death. 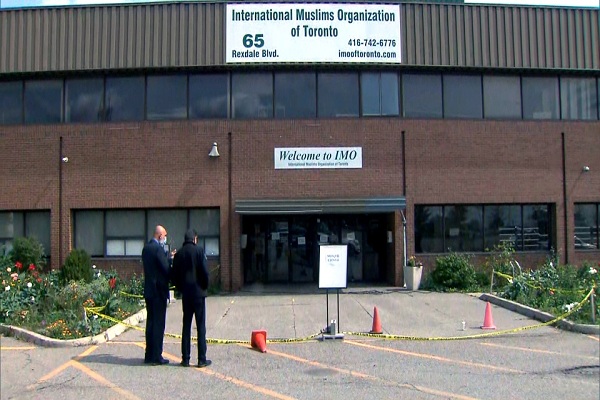 But the International Muslim Organization of Toronto said the incident should not discourage congregants from attending service, despite the fear it has created in the community.

Mohamed-Aslim Zafis, 58, was outside the mosque controlling entry to the building when he was fatally stabbed. The suspect took off and remains at large.

"At this point, we still cannot say definitively what the motive of the attacker was," said the board of the mosque in a statement.

Insp. Hank Idsinga, the head of Toronto's homicide unit, said Monday the death may be linked to another homicide after a homeless man who lived under a bridge several kilometers away was stabbed to death five days earlier.

Idsinga said both victims were men with brown skin and stabbed in "blitz-type attacks." He did not discount that it could be the work of a serial killer.

He said no evidence currently suggests the incidents were hate-motivated, but it remains a possibility.

But the mosque urged caution about those theories.

"Toronto Police Service is entertaining multiple theories -- and that means that nothing has been ruled out, including the potential for a hate crime, or even that this is a part of a series of targeted killings," the mosque said.

"However, we must be clear -- the fact that theories have not been ruled out should not lead us to spreading news that a hate crime was committed or that a serial killer is on the loose, as has been shared by some sources."

The mosque said there have been sleepless nights for many in the community since the stabbing.

"We urge our congregants to keep our brother in your prayers and to of course continue to be vigilant about any suspicious activity in the area," the mosque said.

"At this point, we are not encouraging mosques in the Greater Toronto Area to shut down or to discourage worshipers, as there is insufficient evidence to make such a recommendation at this point."

Police said they have increased patrols in the area.

A funeral will be held for Zafis on Wednesday.