General
News ID: 3472626
TEHRAN (IQNA) – France opened an anti-terror investigation after two journalists were stabbed in Paris on Friday near the former offices of the Charlie Hebdo satirical magazine that was attacked by extremist militants in 2015. 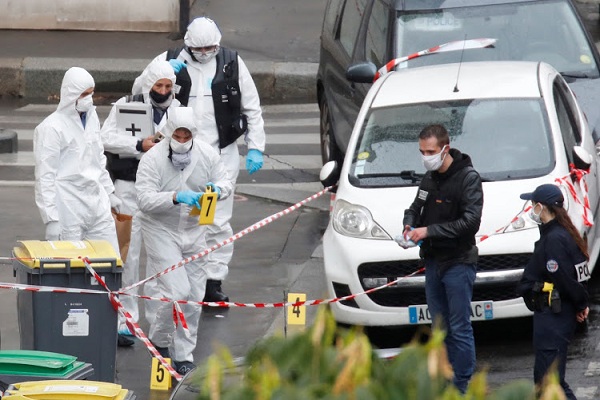 Prime Minister Jean Castex, who rushed to the scene, said the main attacker had been arrested. A second person was also in custody.

“I was in my office. I heard screams in the road. I looked out of the window and saw a woman who was lying on the floor and had taken a whack in the face from what was possibly a machete,” a witness told Europe 1 radio.

Another neighbor, who heard the attack, told Reuters there was a long, deathly shout from “a person who was screaming and screaming.”

Castex said the two wounded were attacked at random when taking a cigarette break. The life of neither was in danger, he said.

“This attack happened in a symbolic place at the time when the trial of the terrible attacks on Charlie Hebdo took place,” he said.

Europe 1 radio quoted police officials as saying the main suspect was 18, was known to security services and was born in Pakistan.

The national antiterrorism prosecutor's office said it was investigating the case.

Fourteen people went on trial in Paris on Sept. 2, accused of being accomplices in the attack on the Charlie Hebdo offices in January 2015 that killed 12 people.

Police moved Charlie Hebdo's head of Human Resources from her home this week after threats against her life.