General
News ID: 3473133
TEHRAN (IQNA) – Footage has been shared on social media featuring Quran recitation by Abdul Basit Abdul Samad, one of the most famous Egyptian Qaris of all times. 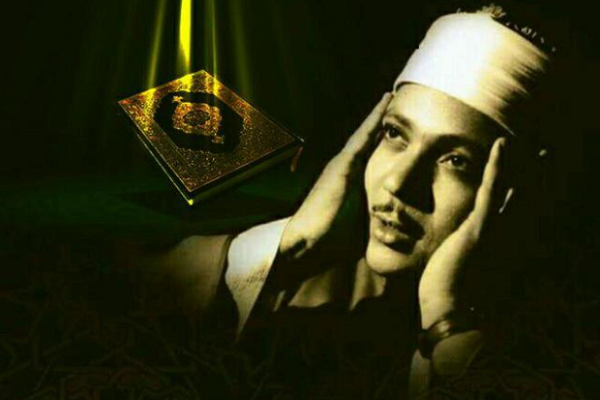 In this footage, Abdul Basit recites the longest verse of the Holy Quran, verse 282 of Surah al-Baqara:

“Believers, if you take a loan for a known period of time, have a just scribe write it down for you. The scribe should not refuse to do this as God has taught him. The debtor should dictate without any omission and have fear of God, his Lord. If the debtor is a fool, a minor, or one who is unable to dictate, his guardian should act with justice as his representative. Let two men or one man and two women whom you choose, bear witness to the contract so that if one of them makes a mistake the other could correct him. The witness must not refuse to testify when their testimony is needed. Do not disdain writing down a small or a large contract with all the details. A written record of the contract is more just in the sight of God, more helpful for the witness, and a more scrupulous way to avoid doubt. However, if everything in the contract is exchanged at the same time, there is no sin in not writing it down. Let some people bear witness to your trade contracts but the scribe or witness must not be harmed; it is a sin to harm them. Have fear of God. God teaches you. He has knowledge of all things.”