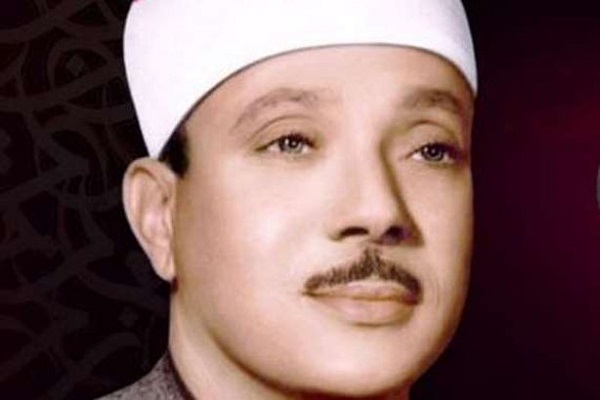 The following footage features his recitation of verses 77 to 82 of Surah Taha (20):

“To Moses we also revealed: 'Set forth with My worshipers by night and strike for them a dry path in the sea. Do not fear that you will be overtaken, neither be afraid. Pharaoh pursued them with his legions so they were overwhelmed from the sea with that which drowned them. For Pharaoh had misled his nation, and did not guide them. Children of Israel! We saved you from your enemies and made a covenant with you on the right side of the Mountain. We sent down manna and quails. 'Eat of the good things with which We have provided you and do not transgress therein lest My Anger should fall upon you, and upon whosoever My Anger falls has assuredly fallen, but to whosoever repents, believes and does good deeds, and is at last guided, I am Forgiving.”