General
News ID: 3473177
TEHRAN (IQNA) – A Quranic program was held at the holy shrine of HAzrat Abdul Azim Hassani (AS) in Rey, south of Tehran, on Friday. 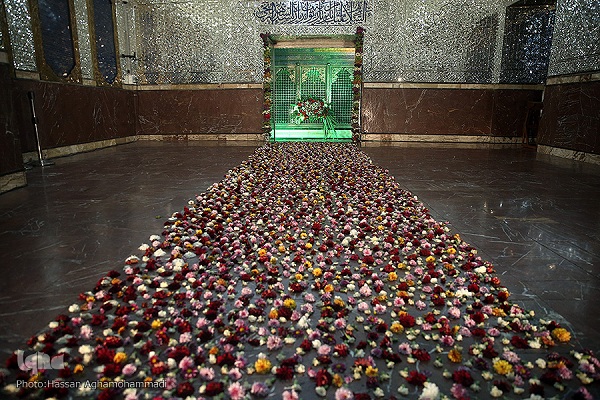 It marked the birthday anniversary of the revered figure.

A number of top Quran reciters and memorizers took part at the program.

The 4th day of the month of Rabi al-Thani in the lunar Hijri calendar, which fell on November 20 this year, marks the birthday of the great religious figure.

Abdul Azim Hassani (AS), also known as Shah Abdol Azim, was a fifth generation descendant of Imam Hassan ibn Ali (AS) and a companion of Imam Muhammad Taqi (AS).

His holy shrine in Rey, south of the Iranian capital of Tehran, is a pilgrimage site that attracts millions of pilgrims from across Iran and other parts of the world every year.