General
News ID: 3473189
TEHRAN (IQNA) – Visitors of the Holy Mosque in the Saudi city of Mecca have used over 1.5 million liters of the sacred Zamzam water over the past three months, according to figures published Sunday. 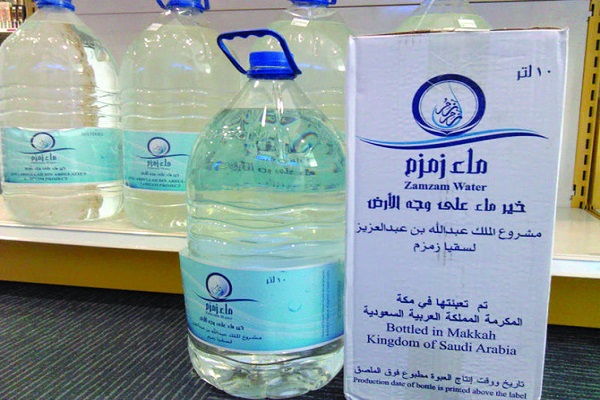 Around 1.8 million bottles of the holy water have also been consumed since the start of the Islamic Hijri year, which began on August 20, Okaz newspaper reported, citing figures from the department in charge of the water facilities in the Holy Mosque.

As many as 1,012 workers have been engaged in the service, it added.

On October 4, Saudi Arabia set into motion the first phase of an Umrah resumption plan in the Holy Mosque after suspension of around seven months due to the novel coronavirus outbreak. That phase allowed 6,000 Umrah pilgrims from inside the kingdom per day.

Round-the-clock disinfection is carried out in the holy site, using 4,500 liters of sterilizers per day, Okaz said. Over 4,000 workers are employed to clean up the mosque daily, according to official figures.

It takes only 30 minutes to clean and sterilize the circumambulation area around the Kaaba.

The second phase of the Umrah plan went into effect on October 18, allowing about 40,000 worshippers and 10,000 pilgrims a day into the Grand Mosque.

As many as 20,000 Umrah pilgrims and 60,000 worshipers per day are allowed to perform prayers at the mosque in the current third phase of the plan.