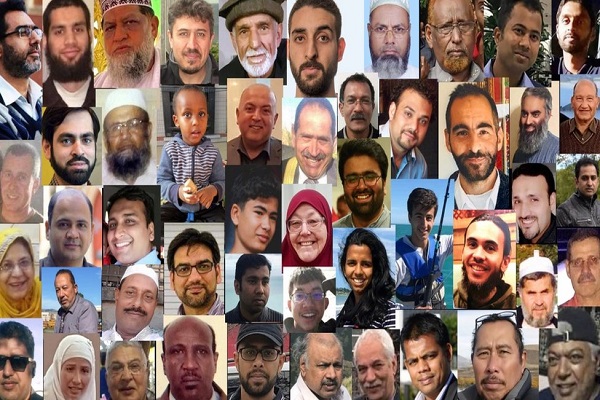 In a piece published by the New Zealand Herald, Aliya Danzeisen, who led the government engagement for the Islamic Women's Council of New Zealand for seven years and has played a key advocacy role in getting support for the Kiwi Muslim community, reacted to the Royal Commission of Inquiry:

With the public release of the Report from the Royal Commission Inquiry into the Terrorist Attack on Christchurch Mosques, New Zealand must ask itself this question: Do we have enough answers about what led up and contributed to the March 15 terrorism and have we put right, as much as possible, the damage done to the impacted and those who lost loved ones on the day?

My view is information is missing and justice to the affected has not yet been served. More must be done.

Justice and equality are important no matter where you are or where you are from. Islamically, we are taught that we must stand firmly for justice even if it is against ourselves (4:135 of the Qur'an).

The pursuit of justice is a beautiful and noble thing. In an impartial system, people are allowed to participate fully, and to see justice in action is powerful. People's testimony is taken, evidence is challenged, and at the end of the day the injured are redeemed. While not an easy process to go through, with diligence and honesty, a just adjudication will normally get it right.

For 19 months the Commission investigated and prepared findings. The Islamic Women's Council of New Zealand were designated as "core participants", and I also participated in the Muslim Reference Group. IWCNZ gave evidence and proposed solutions.

We sought to be present when the government gave evidence, but the Commissioners denied this request citing the terms of reference and security clearance requirements. As a result, neither IWCNZ nor anyone from our community was able to hear or challenge the government's proffers. Basically, we could not test whether the government's testimony was true.

Still, I had more access to the process than most, and I keenly awaited the Commission's report. For the past two days, I have read the findings and conclusion with hope that the report would correct the damage and provide the answers we needed. It has not.

Justice means that the way things are done are morally, ethically and equitably correct.

So, I ask you New Zealand, is it fair that the terms of reference were so narrowly defined that the Commission could not conduct a full investigation? Throughout the report, the Commission points out they were restricted from investigating relevant points. From its inception, the Muslim community sought to have substantive input into those terms of reference but was precluded. Basically, the government drafted very limited terms on their own terms.

I ask you New Zealand, is it just that the impacted, the Muslim Community, and the public were not allowed to see the evidence, hear any testimony, or question anyone's truth? This is the only Royal Commission ever to be so closed with no public hearings whatsoever.

When government actors could not "remember" or "recall" some highly relevant evidence, we couldn't inquire or offer sufficient prompts to promote recollection. Further, when there was conflicting testimony, we could not compare the truthfulness of each person's story. Not hearing that testimony prevented us from investigating further. And at its conclusion, the Royal Commission closed off any opportunity to look at those proffers with a sweeping order suppressing that information for 30 years. Why?

The terms of reference effectively prevented the Commission to delving into deeply relevant information. As some quick examples, they were not permitted to look into social media matters, despite acknowledging they played a major role. Nor were they allowed to follow evidence to Australia as they would have liked. They made it very clear, not all answers were provided by this report.

Likewise, the time frame of this investigation ended at the point that the terrorist act commenced in Christchurch. We know people who called their loved ones from the mosque and spoke after the shooting, yet they died in the mosque without treatment. Those deficiencies and omissions require a coroner's inquest.

In this report, while the Commission acknowledge there have been failings and major systemic problems in how the government works in the intelligence, protection and cohesion spaces, the Commission did not apportion blame nor could they determine culpability or liability. Instead they focused on rebuilding the system that failed.

One volume – nearly 250 pages— is dedicated to addressing counterterrorism, with more jobs, more committees, and more funds to be provided to those agencies that failed to protect. While there are quality recommendations within the social cohesion section that will allow for supported and connected communities in the future, there is minimal guidance on how to properly care for and repair those who were actually harmed and suffered loss from these attacks.

Basically, no systems, no concrete steps, and minimal advice offered.

Contrasting the 250 pages for counter-terrorism, the suggestions for supporting the families was two pages and talk about reparations basically is slotted into one small paragraph instructing them to lead the charge on their own.

The Commission, for the most part, leaves the injured, families and Muslim community to rebuild themselves and that if they want anything additional, they need to do it on their own (see volume 4, p. 750 to 752).

This is very similar to how the whole process has been. The families and wounded have not had lawyers to advise them. The Commission spent $17 million on this report, allowed the government to load up with legal representation, to have 20 months to get themselves sorted, yet left the actual impacted to fight onward on their own, without support and at their own cost. Does that sound fair, equitable, right?

The least the government should do is offer the impacted appropriate resources so they can rebuild their lives, cover the actual financial loss the death or the injury has caused on their lives, and be restored as close to the position they would have been but for the attack.

I feel it is the government's responsibility now to protect those they failed. Wouldn't you, New Zealand, feel it is an injustice to rebuild all the systems and not rebuild our people?

Book Translated, Published in Hindi on Immunity of Quran from distortion

Funeral Prayers to Be Allowed in Large Mosques in Egypt

Attack on Mosque in Cyprus Not to Go Unanswered, Says Turkish President