General
News ID: 3473437
TEHRAN (IQNA) – A copy of the Holy Quran attributed to Imam Ali (AS) has been put on display at the Grand Mosque of Sana’a, Yemen. 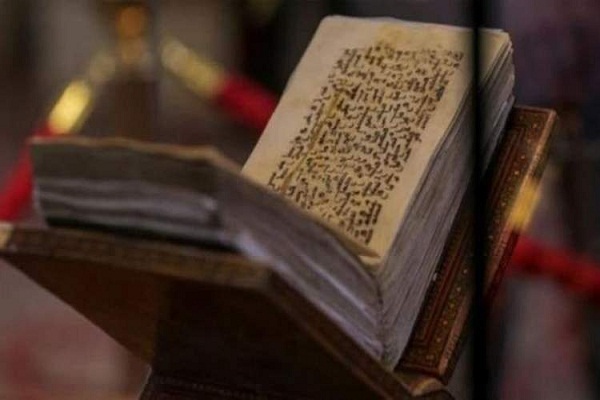 According to 26sep.net, deputy of Yemen’s Minister of Awqaf and Guidance Foad Naji said that the manuscript has been exhibited at the eastern side of the mosque for worshippers and visitors.

Noting that the original copy of the Mus'haf is kept at the library of the mosque, he added that the library also has a collection of rare and precious books on Islamic heritage written by Yemeni scholars.

Naji said that there are 1200 Quran manuscripts, 300 parchments on which verses of Quran have been inscribed, 5000 handwritten works containing Quranic verses, 2532 listed manuscripts, about 700 unlisted manuscripts and more than 5000 printed books at the library.

It has been equipped with electronic facilities and provides researchers with information about the manuscripts, Quran copies, and books donated to the library.