General
News ID: 3474047
TEHRAN (IQNA) – A total of 185 Quran students from 26 provinces of Algeria who succeeded in memorizing the entire Quran through an online course were honored in Oran city, northwest Algeria. 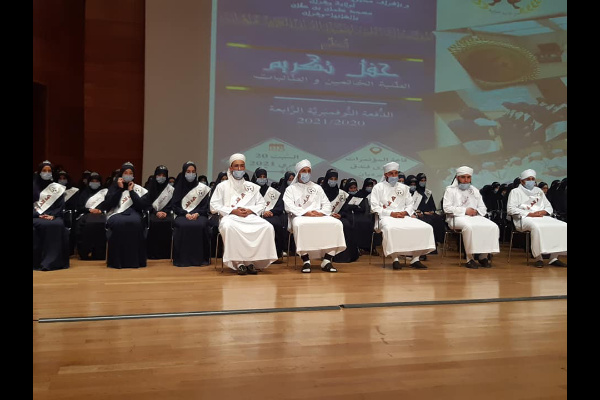 According to radioalgerie, the program was held on February 20 with the participation of the country’s senior figures, imams of mosques, clerics and representatives of Algerian civil society.

Amroush Mas’oud, director of Awqaf and Religious Affairs Office of the country, said that the Quran memorizers attended the summer Quranic course held from July 5 to August 20, 2020.

Al-Shatibiyah School organized the course on the occasion of the National Day of Martyr in Algeria, he added.

The Quranic program was due to be held on the anniversary of the Algerian Revolution, but it was postponed due to the coronavirus restrictions.

Mas’oud Jari, governor of Oran, also addressed the program, saying that because of the presence of scholars in the city, it is known as the city of “scholars and people of the Quran”.

He added that the Quran students who were honored in the program were university students of medicine, pharmacy, engineering, chemistry, information technology, etc.

The Quran memorizers, most of them female students, received Quran memorization certificates at the end of the program.