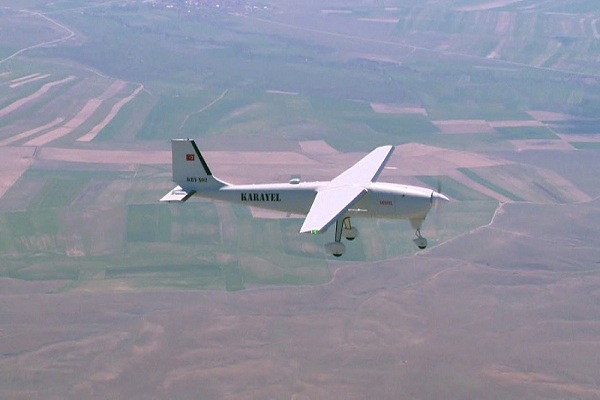 Spokesman for the Yemeni Armed Forces Brigadier General Yahya Saree said on his official Twitter account on Sunday that the Yemeni defense forces managed to “shoot down a Turkish-made Karayel reconnaissance drone” owned and operated by the Saudi-led coalition “while it was carrying out hostile missions in the airspace of al-Marazeeq area” in Jawf province earlier in the day.

He noted that the spy drone had been downed with a Yemeni “suitable missile,” which has not been unveiled yet, Yemen's Arabic-language al-Masirah television network reported.

Using domestically-developed missiles, the Yemeni army forces have downed numerous Saudi-led drones over the Yemeni skies during the past couple of years.

Later on Sunday, Saree said in another tweet that the Yemeni army and allied fighters from popular committees had launched new drone and missile attacks on targets deep inside Saudi Arabia, noting that all targets were hit with high precision.

Saree added that 14 Sammad and Qasef K2 drones as well as eight ballistic missiles were used in new attack, which targeted Saudi military bases in Dammam, Asir and Jizan regions.

The new operation also took aim at facilities of Saudi oil firm Aramco in Ra’s Tanura, according to Press TV.

Saree warned that if the Saudi-led war continued against Yemen, the country’s armed forces will carry out more operations against military and economic targets inside Saudi Arabia.

On Sunday, Saudi-led fighter jets carried out airstrikes on different parts of the Yemeni capital Sana’a, causing huge explosions, which sent thick black columns of smoke to the sky.

It was not immediately clear the exact number of casualties and the extent of the damage inflicted.

Saudi Arabia and a number of its regional allies launched the war on Yemen in March 2015, with the goal of suppressing a popular uprising that had toppled a Riyadh-friendly regime.

The Yemeni armed forces and allied popular groups have been successfully defending Yemen since then.

But the Saudi war and blockade have created a humanitarian crisis in Yemen. The United Nations says more than 24 million Yemenis are in dire need of humanitarian aid, including 10 million suffering from extreme levels of hunger. The world body also refers to the situation in Yemen as the world’s worst humanitarian crisis.