General
News ID: 3474197
TEHRAN (IQNA) – A terrorist blast hit an area near the al-Aimmah bridge north of Baghdad, Iraq, targeting pilgrims on their path to the holy shrine of Imam Musa al-Kadhim (AS), the seventh Shia Imam. 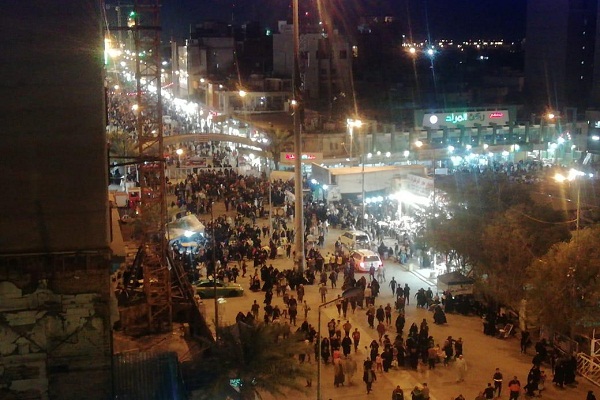 At least ten people were wounded and some media reports said a woman was killed in the explosion on Monday.

A source told al-Sumaria TV that a hand grenade that detonated in near the bridge caused the explosion.

Security sources have arrested one individual in connection with the blast.

The pilgrims were going to visit the holy shrine to mourn the martyrdom anniversary of Imam Musa al-Kadhim (AS).

A few hours after the incident, Iraqi Prime Minister Mustafa al-Kadhimi also visited the scene of the explosion.