Cambodia Muslims to Be Exempt from COVID-19 Cremation Order

General
News ID: 3474221
TEHRAN (IQNA) – Muslims will be exempt from Cambodia’s mandatory order to cremate the bodies of all people who die of COVID-19, the country’s premier said on Wednesday. 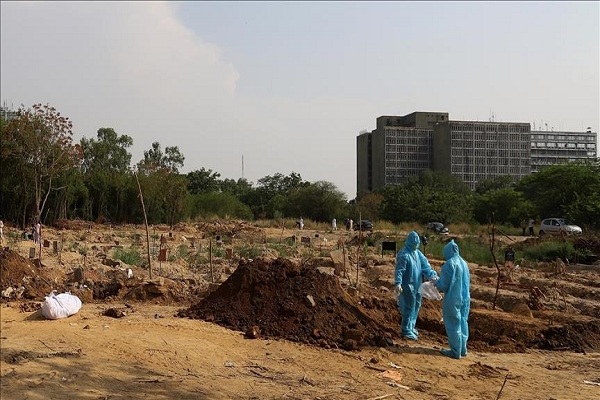 Prime Minister Hun Sen, who announced the cremation order a day earlier, said Muslims in the country will be allowed to bury their dead “according to their own traditions and customs.”

The step was taken after the premier met representatives of the Muslim community, according to a government statement.

Since cremation is forbidden in Islam, the order had sparked concern among Muslims, who constitute approximately 2.1% of Cambodia’s 16.5 million people, according to official data.

Estimates by non-governmental organizations, however, place the figure somewhere between 4% to 5%.

Sen called for “understanding from his compatriots over this exception for the Muslim community,” the statement added.

Cambodia, where the COVID-19 caseload currently stands at 1,060, including 538 recoveries, has not reported any fatality from the virus so far.

However, the premier announced on Tuesday that any future victims must be cremated, saying the decision was taken because the “COVID-19 situation in Cambodia has never been more critical and is still worsening,” according to a report by daily Phnom Penh Post.

That made Cambodia, which has a majority Buddhist population, just the second country after Sri Lanka to order people to cremate loved ones who die of COVID-19.

Sri Lanka reversed its order for mandatory cremation last month, following outcry by its Muslim population, as well as other Muslim countries and rights groups.

In an audio statement, Premier Sen asked crematoriums to prepare for a possible increase in demand for services as the number of hospitalized coronavirus patients in the country has risen dramatically.

Cambodia has seen a rise in infections, mostly linked to public events, over recent days, forcing authorities to take steps such as closing schools in the capital, Phnom Penh, and some other provinces.

“Cambodians traditionally always burn or cremate the dead; it’s a method that is easy to manage. I also asked that crematoriums in the capital and provinces be organized in case deaths from COVID-19 occur in places where people might reside far away from any crematoriums,” the prime minister said.

The government will also issue a notification regarding new COVID-19 measures, he added.

“We also have to establish regulations on how quickly a corpse must be cremated after a death from COVID-19 that takes disease transmission into account,” Sen said.

The World Health Organization has previously rejected claims that bodies of people who have died of a communicable disease should be cremated, terming it “a common myth” that is “not true.”