General
News ID: 3474440
TEHRAN (IQNA) – The organizing committee of the 24th edition of the Dubai international Holy Quran Award announced the programs of the competition. 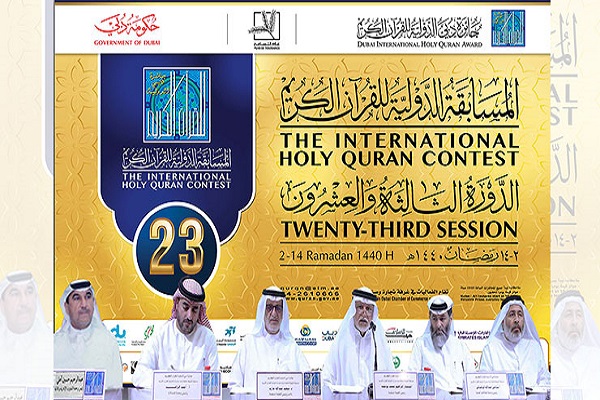 According to emaratalyoum.com, the organization of the contest was discussed recently at a meeting held at the Cultural and Scientific Association, in Al Mamzar, Dubai.

Ibrahim Bumilha, head of the committee, said this edition of the competition will be held with participants from Arab and Islamic countries.

He noted that the contest was named after late Sheikh Hamdan bin Rashid Al Maktoum to appreciate his contributions.

Mohammad Ali Al-Himadi, director of the competition, said that more than 500 questions have been collected for the competition and its preliminary stage has concluded.

The referees of the competition have also been evaluated and selected, he said.

The participants in the first day of the competition will be Mohammad Sar Mohammad Tayyeb from Gambia, Adam Mohammad Dajimi from Cameroon, Muzammil Ahmad Mohammad Ahmad from Sudan, Mohammad Al-Amin Ahmad Akhtirah from Mauritania.