General
News ID: 3474455
TEHRAN (IQNA) – The chairman of Yemen’s Supreme Political Council roundly dismissed Saudi Arabia’s so-called peace initiative on the conflict in his country, emphasizing that such bids are meant to conceal the heinous crimes that the Riyadh regime and its allies are perpetrating against the Yemeni nation. 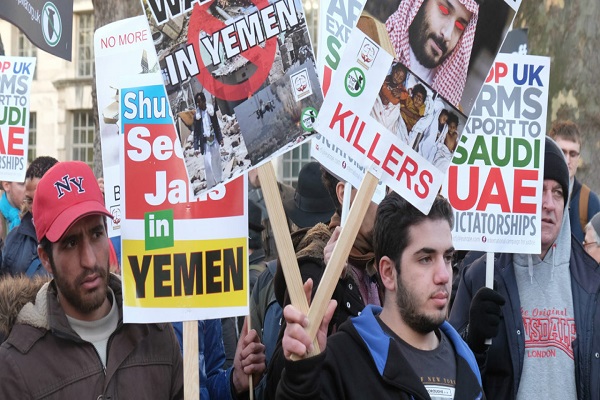 “The continuation of the crippling US-Saudi blockade and aggression against our people for seven years proves to the entire world that the aggressor states as well as Washington have no respect whatsoever for human values and principles,” Mehdi Mohammad Hussein al-Mashat said in a message on the occasion of the arrival of the holy Muslim fasting month of Ramadan.

“Their talk of peace at the same time as pressing ahead with their aggression and siege is simply nothing but a desperate attempt to cover up their horrific crimes against Yemeni people,” he added, according to Press TV.

On March 22, Saudi Foreign Minister Prince Faisal bin Farhan Al Saud presented a so-called peace initiative to end the war in Yemen, which would include reopening Sana’a airport and allow fuel and food imports through Hudaydah port — both of which are under the control of the Ansarullah movement.

The top Saudi diplomat told a news conference at the time that political negotiations between representatives of the Saudi-backed government of Yemen's former president Abd Rabbuh Mansur Hadi and Ansarullah movement would resume as part of the initiative.

Al Saud said the initiative would be enforced once the Yemeni sides accepted it.

Reacting to the proposal, Mohammed Abdul-Salam, the spokesman for Ansarullah, said afterwards that it offered “nothing new,” and did not meet the movement's demand for a complete lifting of the blockade on Sana’a airport and Hudaydah port.

“We expected that Saudi Arabia would announce an end to the blockade of ports and airports and an initiative to allow in 14 ships that are held by the coalition,” he said. A “humanitarian right” should not be used as a pressure tool.

Mashat also bitterly denounced the detention and humiliation of thousands of Yemeni men, women and children at border crossings with Saudi Arabia.

He underlined that the Yemeni people reserve the right to self-defense, and that they will continue to confront the Saudi-led aggression and blockade by all available legitimate means.

Saudi Arabia, backed by the US and its other regional allies, launched the devastating war on Yemen in March 2015, with the goal of bringing the government of Yemen's former president back to power and crushing Ansarullah.

The Yemeni armed forces and allied Popular Committees have, however, gone from strength to strength against the Saudi-led invaders, and left Riyadh and its allies bogged down in the country.

The Saudi-led military aggression, meanwhile, has left more than 200,000 Yemenis dead, and displaced millions of people.

It has also destroyed Yemen's infrastructure and spread famine and infectious diseases across the impoverished Arab country.